What uncertainties weigh on the good French economic recovery? 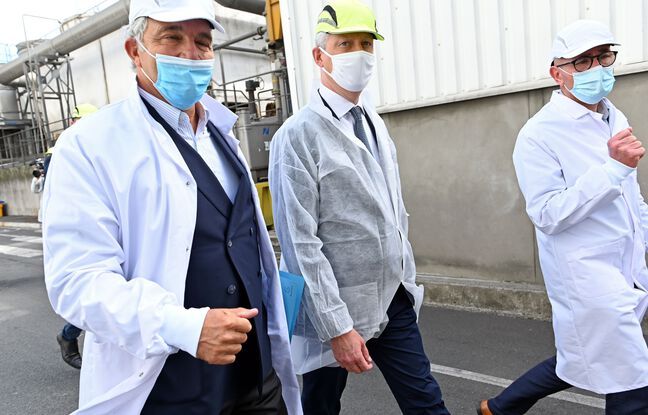 “Yes the French economy is restarting, restarting quickly, restarting strongly”: the Minister of the Economy, Bruno Le Maire, wanted to be very optimistic this Thursday morning on France Inter on the state of the French economy, weakened by the health crisis that has been going on for almost a year and a half. And, for now, it is true that the figures seem to be positive: the European Commission for example raised its growth forecast for France this year. It should be 5.7%, a figure obviously unmatched since the “Thirty Glorious Years”, which followed the Second World War. 20 Minutes asked the CNRS economist attached to Dauphine-PSL University, Anne-Laure Delatte, if the current state of the economy was indeed a cause for optimism. She sees three reasons to be very careful.

It is true that health restrictions are gradually being lifted in Europe and the United States, that epidemic figures are, at present, good, and that vaccination is advancing. “But who can say with confidence that there will not be a fourth epidemic wave, wonders Anne-Laure Delatte. Remember a year ago: we deconfined and in fact we took over for a year. For her, we are still in the time of the economic crisis. This will depend on the progress of vaccination, and not only in rich countries, which are now taking the lion’s share, and on the fight against the various existing or future variants.

The economist finds that the French government has a nice game to boast about good growth forecasts for 2021: “Obviously, as we have lost a lot in 2020, there is an effect of recovery, of catching up. We start from lower, it makes sense. “

Even if we choose to welcome these good growth forecasts for 2021, almost mechanical according to the economist’s judgment, she notices that Europe is poor in the rest of the world and especially next to the States -United. “The United States will have a very strong recovery. They had already made the necessary investments in education and there they understood that it was necessary to increase taxes in order to invest massively. “Despite the European recovery plan adopted last summer, yet of an unprecedented scale, the question of a second plan already arises for Anne-Laure Delatte.

Without that, Europe will fall behind. Or rather will worsen its delay: “European growth has stalled compared to the United States since the 2000s,” she recalls. Even if there should be a second stimulus plan – which is not a given as the positions are divergent – it will take time to be put in place. The first plan is not yet fully deployed. Anne-Laure Delatte regrets this less agility of the European Union even if she notes that without it, it would be even worse: “The economies of countries like Poland or Bulgaria, which benefit from European plans, would perhaps be in collapsing. And many countries in Europe would not yet have access to vaccines. “

Anne-Laure Delatte believes that the choices made so far to support the economy have been quite good: “We have preserved the purchasing power of the French and we have protected the productive fabric, which has not been destroyed. This is also why the period of recovery will not be like that of post-war reconstruction. “

Clearly, everyone is theoretically in the starting blocks to start again: there is savings to consume – therefore demand – and companies have not disappeared – therefore supply. It remains to be seen what will happen to the most fragile companies which are under artificial respiration thanks to the doctrine of “whatever the cost”: the risk of the “wall of bankruptcy” once the aid stops. is not ruled out.

Also, it has not escaped nobody that in less than a year would take place in France a presidential election. Neither can the financial markets. Anne-Laure Delatte notes that the latter are worried about the political situation of the country, in particular the hypothesis now on the table of an election of Marine Le Pen to the presidency of the Republic. Or at least that of the victory of an anti-EU party. “This could result in financial speculation and therefore an increase in borrowing rates in France”, thinks the economist. Today France finances its debt thanks to loans at extremely low interest rates, if they were to increase, that would be a big stone in the government’s shoe to finance the recovery.