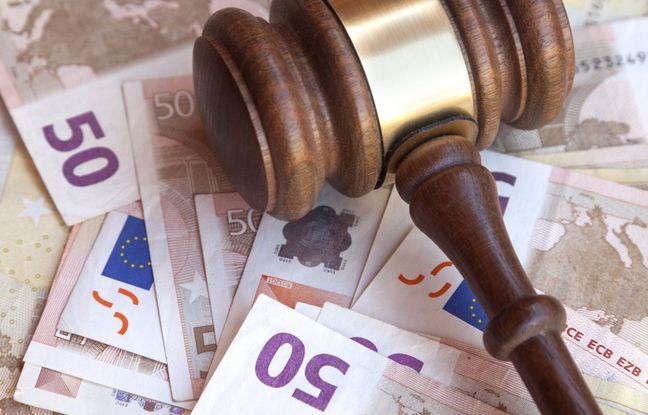 It is well known, money is the sinews of war: the power to be free and autonomous when you have it. But also to control those who are deprived of it … According to the authorities, 20% of the callers of 3919, the national number dedicated to violence against women, denounce economic violence within their couple … But what are we talking about ?

1944, the right to vote. 1965, the freedom for a wife to open a bank account on her own. 1970, joint parental authority. 1972, the principle of equal pay. 2005, the compulsory legal status for the collaborating spouse of the entrepreneur… The legal milestones of gender equality are much more recent than one might think. And the popular unconscious is still further behind.

“We educate girls not to necessarily count money but rather to be generous, while we very quickly place boys in a position of responsibility”, explains Agnès de Préville, editorial coordinator of the acts of the collective Ensemble contre le sexisme, which dedicated the National Day against sexism to economic violence against women, in January.

As a result, in adulthood, “a lot of women are not interested in money matters”, notes Me Valérie Grimaud, lawyer specializing in family law in Seine-Saint-Denis. More generally, “couples ignore the rights and obligations that go hand in hand with marriage” (contribution to the household, joint management, maintenance obligation, etc.) or even the lack of legal protection in the event of cohabitation.

A hidden balance of power

“This lack of knowledge creates a fertile ground for inequalities and possible economic violence, which generally appear at the time of separation”, analyzes the lawyer, member of the National Bar Council.
It is, for example, not uncommon for Monsieur to take care of the repayment of the mortgage, while Madame’s lower salary is used for current expenses, depriving the latter of her rights to the property upon termination.

And then, why keep an individual bank account when you can pay your salary into the joint account? Likewise, parental leave taken by the mother to raise the children is rarely compensated financially. As for the management of family finances, it is still very often a man’s affair, whether it is because of the disinterest of his other half or because he insists on managing everything while putting the issue of trust on the carpet.

At the mercy of the other

“We are in a situation of economic dependence, since the day these women decide to leave, they have no visibility on the couple’s resources,” laments Me Grimaud. A situation that some people abuse with impunity by arrogating to themselves the aid of the CAF as soon as a separation is mentioned, by concealing their income when fixing the alimony, or even by increasing the unpaid bills (a third are not duly paid in National level). And for good reason, since these offenses rarely give rise to criminal proceedings, according to the lawyer, who has long denounced “an absence of judicial means on all matters relating to attacks on the economic balance of the family home”.

Agnès de Préville is not afraid of words: “A majority of women suffer economic violence in their marriage, consciously or unconsciously. Except that we are just beginning to realize it. ”Settling in a progressive and invisible way, this balance of power involves daily financial control, which can go as far as the total dispossession of the means of autonomy. More broadly, the association manager insists that “from the moment a woman is not financially independent, she is therefore not free to leave, which is violence in itself”.

How do you stay in control?

Economic violence against women affects all spheres: private, professional and institutional. It is therefore the entire societal, cultural and legal system that must be reviewed, through the law but also the financial education of children, increased information for couples and women on financial matters or even raising the awareness of notaries, bankers and magistrates too often guided by gender stereotypes.

However, each woman can act within her household. For example, separate your personal and common finances, establish a budget pro rata income of each, but also reserve the joint account for household expenses while keeping his personal account for his salary, are all means of ensuring his financial independence. Likewise, it is imperative to consult a notary when getting married, in order to understand the implications of the envisaged matrimonial regime. And the precaution is also in order to establish a will.

The rupture, synonymous with impoverishment

Women are the big losers in divorce, since that is when wealth inequalities are revealed. Multiple recent regional studies by INSEE estimate the loss of living standards between 20 and 30% for women, against only 3% for men, during the year following the break.