“When the authorities send tanks against demonstrators, it looks like war”, fears Caroline Roussy 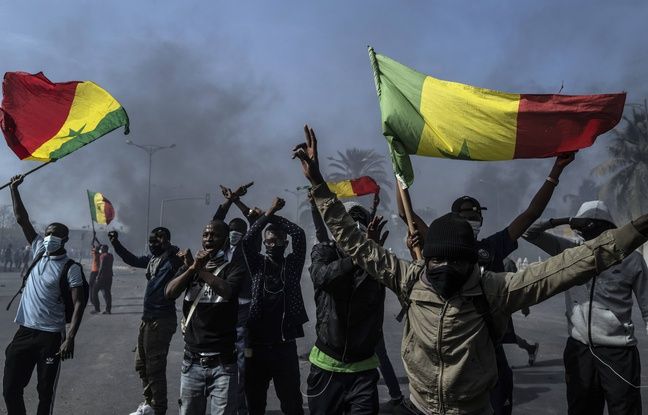 Armored vehicles in the streets of Dakar. In Senegal, the army was deployed on Monday, in anticipation of a new day of protests. At least five people were killed last week in protests against the arrest of political opponent, Ousmane Sonko, 46.

Targeted by rape charges, this personality with an anti-system profile cries out for a plot hatched by President Macky Sall himself to remove him from the next presidential election. While a new court decision is expected on Monday, Caroline Roussy, researcher at Iris and head of the Africa / s program explains to 20 Minutes how the situation changed in this reputedly stable country.

How has the situation deteriorated in recent days in the country?

President Sall is suspected of wanting to revise the Constitution to run for a third term in 2024. He has also created the conditions for mistrust of his justice. In recent weeks, the space for freedom of expression has tended to tighten: for some time, intellectuals have been questioning publicly and denouncing an autocratic turn by Macky Sall, waves of arrests have taken place in the opposition , including Ousmane Sonko last Wednesday …

There are doubts about freedom of expression. In addition, in recent months, the socio-economic situation has deteriorated sharply in the context of Covid-19. And, as we see today, when the authorities bring down tanks against people fighting with stones, it looks like war.

Who is Ousmane Sonko? Why did his arrest provoke such anger?

He is an anti-system, anti-France, anti-CFA franc politician, who presents himself as a man of irreproachable probity. He ran quite young in the second presidential election against Macky Sall in 2019, and came third with 15% of the vote. It is very popular with young people, but not only.

It should also be remembered, on this women’s rights day, that Ousmane Sonko is accused of rape and death threats by a young 20-year-old masseuse. This complaint is almost passed over in silence in order to better denounce the martyrdom of Sonko, considered a totally upright man.

I think this situation is completely beyond his person. It is a general fed up with the population who is speaking out. The socio-economic situation is very tense because of the pandemic, lots of young people find themselves without perspective. But behind this fed up, there is a deep attachment to democracy and freedom, which is in the country’s DNA.

Is France particularly targeted by rioters?

Auchan stores were looted, Eiffage premises were damaged. There is a message addressed to France in these demonstrations: Ousmane Sonko is an anti-France politician, who considers that President Macky Sall is France’s valet. However, there is an ambivalence in the relations between the two countries because, from the moment Macky Sall announced that he would limit the Internet, some called on the social networks Mediapart or The world so that they relay what is happening in the country.

Many actors call on the president to speak and address the people. What is the reaction of the authorities so far?

For the moment, only the Minister of the Interior Antoine Félix Abdoulaye Diome has expressed himself in terms that do not encourage appeasement, by treating the demonstrators as bandits, criminals or even terrorists. We must know this Monday if Ousmane Sonko will be released or kept in detention. It is a very fragile situation. Religious of all stripes are trying to calm the situation and keep the dialogue going, but the fact that there have been deaths does not bode well.