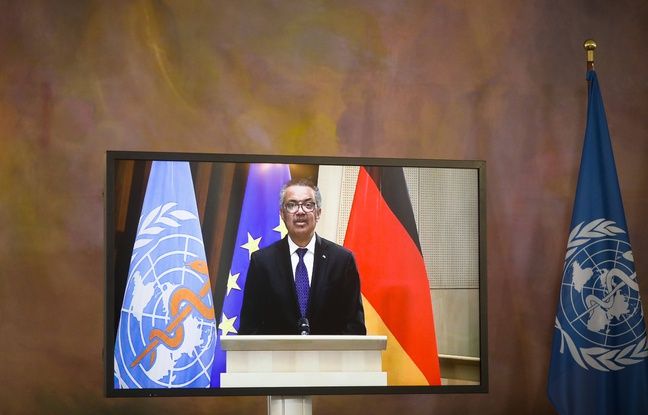 The WHO boss on Monday accused some rich countries of “undermining” the anti-Covid vaccine distribution system, Covax, intended in particular for disadvantaged countries, by persisting in approaching manufacturers directly to have access to more doses.

“Some rich countries are currently approaching manufacturers to ensure access to additional doses of coronavirus vaccines, which is having an effect on contracts with Covax,” said Chief Executive Officer Tedros Adhanom Ghebreyesus at a joint press conference by videoconference with German President Frank-Walter Steinmeier. “The number of doses allocated to Covax has been reduced because of this,” he added.

The Covax system was set up to try to prevent rich countries from monopolizing all the doses of vaccine that are still manufactured in quantities too small to meet global demand. The Covax system includes a financing mechanism that should allow 92 low and middle income economies to have access to vaccines.

But the shortage of vaccines means that the first distributions to poor countries should not take place before the end of the month when in many rich countries vaccination campaigns began at the end of 2020. Responding to a question on the substantial commitments made by the States – United, the European Union and Germany to significantly increase their contribution to Covax, the Director General has let his frustration show.

“Having the money doesn’t mean anything if you can’t use it to buy vaccines,” he said. “We can only deliver vaccines to Covax member countries if the rich countries cooperate by respecting the contracts signed by Covax,” he insisted, urging these countries, which he did not mention, to ensure that their behavior does not undermine the distribution system overseen by the World Health Organization (WHO) and the vaccine alliance (Gavi) among others. And to let go: “but I don’t think they are asking the question”.

Frank-Walter Steinmeier also pleaded for vaccines to be more widely distributed, for moral reasons but also because it is in everyone’s best interest to eradicate the virus quickly, to prevent variants, sometimes more dangerous, do not continue to flourish everywhere. But, he acknowledged, “governments have first and foremost an obligation to their people.”

Looking for an additional license

Dr Tedros gave his support to the idea of ​​suspending intellectual property on anti-Covid vaccines so that they can quickly increase their production. A proposal in this direction has been discussed since last year at the World Trade Organization but it is strongly contested by the pharmaceutical industry and a number of large countries where it is based.

He also called on manufacturers who do not produce their own anti-Covid vaccine to make their production capacities available to their competitors, following the example of an initiative taken by the French Sanofi. “Non-exclusive licenses would be another way” to produce faster, he explained, acknowledging that as long as there was a shortage people would remain deaf to the call to share vaccines with the whole community. International community.