WHO boss calls for investigation of laboratory leak in China 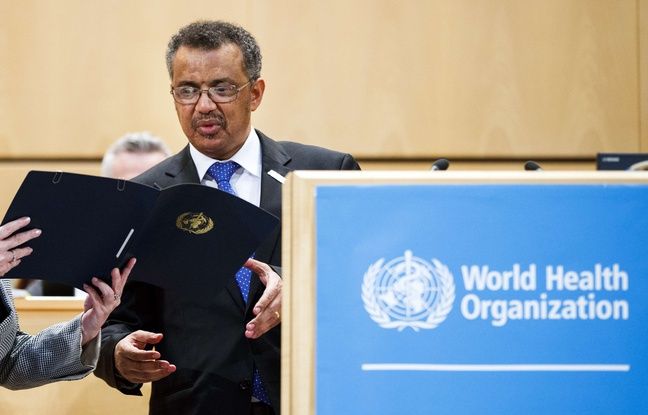 Criticizing the insufficient sharing of data by the Chinese during the mission of international experts this winter, the head of the WHO called on Tuesday for a new investigation into the hypothesis of a leak of the virus from a laboratory in China to explain the origin of the coronavirus epidemic.

Experts missioned from January 14 to February 9 in China, where the first cases of the disease appeared in December 2019, had nevertheless estimated that the hypothesis of a laboratory leak was the least likely. But “that requires further investigation, probably with new missions with specialized experts that I am ready to deploy”, assured the boss of the WHO Tedros Adhanom Ghebreyesus, during the briefing to the member countries of the World Organization Health on the report officially released Tuesday.

The hypothesis of a laboratory leak has been strongly defended by the US administration under President Donald Trump. China has always fiercely denied this possibility. The head of the WHO also spoke of the difficulties for experts to access “raw data” in China. A rare public criticism of how Beijing handled this joint investigation. According to the elements of the report, its authors judge the transmission of the virus to humans by an intermediate animal “probable to very probable”, while the hypothesis of a laboratory incident is on the contrary qualified as “extremely improbable” .

The study favors the generally accepted theory of the natural transmission of the virus from a reservoir animal (probably the bat) to humans, through another animal not yet identified. Among the suspects are the domestic cat, the rabbit or the mink, or the pangolin or the badger-ferret. However, direct transmission of the virus via the reservoir animal is considered “possible to probable” by experts. They do not rule out the hypothesis of transmission by frozen meat – a path favored by Beijing -, deeming this scenario “possible”.

The report recommends continuing studies on the basis of these three hypotheses, but however brushes aside the possibility of transmission to humans during a laboratory accident. The WHO report is “a useful first step” but “further investigations will have to be continued,” said the European Union on Tuesday, saying that “it will still be necessary to have access to all the appropriate places and all the available data. “. Tedros Adhanom Ghebreyesus and the President of the European Council Charles Michel also called on Tuesday to draw up an “international treaty on pandemics” aimed at better facing the inevitable health crises to come.

“There will be other pandemics and other large-scale health emergencies. No government or multilateral organization can face this threat on its own, ”underline the leaders of some twenty countries in an article published Tuesday in many international dailies. Among the signatories are French President Emmanuel Macron, German Chancellor Angela Merkel, British Prime Minister Boris Johnson, or even South Korean Presidents Moon Jae-in, South African Cyril Ramaphosa, Indonesian Joko Widodo and Chilean Sebastian Piñera.

Should we already be worried about the Girondins, the red lantern of Ligue 1?