WHO expert questions US intelligence on outbreak 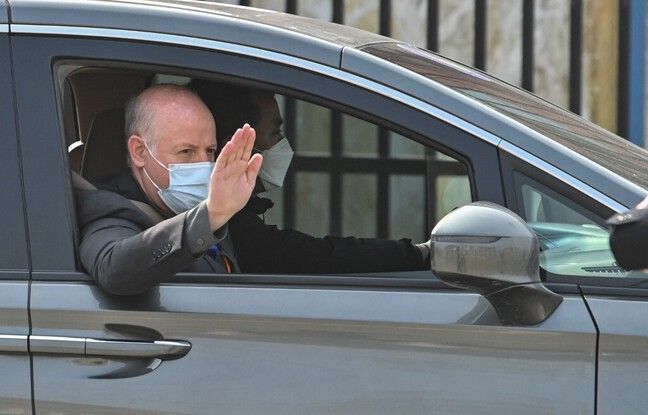 One of the WHO experts on a mission to Wuhan (China) to investigate the origins of the coronavirus on Wednesday questioned the reliability of American information on the pandemic, after criticism from Washington. “Do not rely too much on American intelligence” which is “frankly wrong in many aspects,” wrote Peter Daszak on Twitter, a social network blocked in China, on the last day of his stay in the Asian country.

Well now this👇. @JoeBiden has to look tough on China. Please don’t rely too much on US intel: increasingly disengaged under Trump & frankly wrong on many aspects. Happy to help WH w/ their quest to verify, but don’t forget it’s “TRUST” then “VERIFY”! https://t.co/ukaNAkDfEG

The expert was reacting to statements by the spokesperson for the US State Department, who seemed to distance himself the day before from the first conclusions of experts from the World Health Organization (WHO). After a four-week mission in Wuhan, a time epicenter of the epidemic, the foreign specialists of this delegation said on Tuesday they were unable to penetrate the origins of Covid-19, which continues to be rife in the world.

The thesis defended by the Trump administration “highly improbable”

WHO experts, however, deemed “highly improbable” the hypothesis of the leak of the coronavirus from a laboratory in the city, a theory supported for a time by the United States. The administration of former President Donald Trump had accused the Wuhan Institute of Virology of having let the virus escape, voluntarily or not. Notable fact: the expert author of the tweet, Peter Daszak, is the president of EcoHealth Alliance. This association based in the United States and specializing in disease prevention has collaborated with this virology institute on certain projects.

The new Biden administration distanced itself Tuesday from the theory of a laboratory leak, defended in particular by former US Secretary of State Mike Pompeo. However, she seemed to welcome the first conclusions of the WHO experts with skepticism and called for them to be verified by the American services. “Rather than drawing hasty conclusions which can be driven by anything but science, we want to see where the data takes us, where the science takes us, and our conclusions will be based on that,” the spokesperson said. of American diplomacy Ned Price.

China hopes WHO experts can also visit the United States

At a river press conference on Tuesday, WHO experts adopted a conciliatory tone with China, refraining from any criticism of Beijing’s management at the start of the epidemic. Experts have also raised the hypothesis of contamination by the cold chain, often mentioned by the Chinese media because it tends to support the thesis of an importation of the virus.

Asked to react to the comments of Washington, a spokesman for Chinese diplomacy, Wang Wenbin told the press that his country would continue to cooperate with the WHO in an “open and transparent” manner. Wang Wenbin called on Washington to do the same, saying he hoped that WHO experts could also visit the United States to shed light on the origin of the pandemic. WHO experts were due to leave China on Wednesday.

A journalist from the daily “Liberté” placed in pre-trial detention