Who is Ngozi Okonjo-Iweala, first woman and first African to head the WTO? 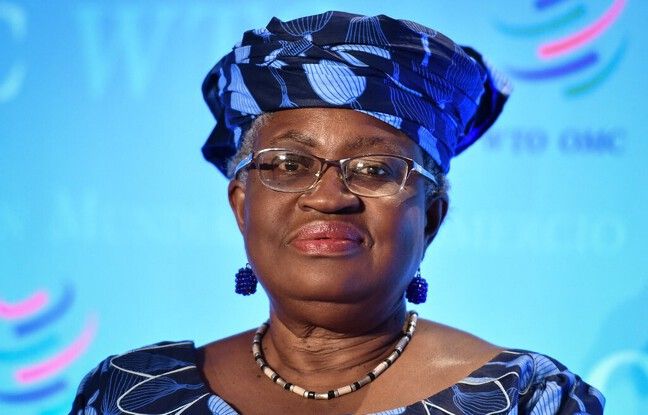 At 66, Ngozi Okonjo-Iweala is due to be appointed this Monday as Director General of the World Trade Organization (WTO). A seasoned economist, she is one of Nigeria’s most powerful women.

In addition to being the first woman to head the WTO, she will also be its first leader from the African continent. Twice Minister of Finance and Chief Diplomacy of Nigeria for two months, Ngozi Okonjo-Iweala began her career at the World Bank in 1982, where she worked for 25 years. In 2012, she failed to become the president of this financial institution, facing the American-Korean Jim Yong Kim.

“I think she did a good job, whether in Nigeria or in the other countries where she worked,” Idayat Hassan, director of the Abuja-based Center for Democracy and Development, told AFP. “She is not just loved in Nigeria, she is adored, she is a symbol (…) for women,” she added. Often nicknamed “Dr Ngozi”, Ngozi Okonjo-Iweala was born in 1954 in Ogwashi Ukwu, in western Nigeria. His father is a traditional chief.

The candidate, however, has spent most of her life in the United States, where she studied at two prestigious universities, the Massachusetts Institute of Technology (MIT) and Harvard. If the WTO statutes do not provide for a geographical rotation for the Director General, voices have been raised to say that it is the turn of an African or an African to occupy the post. Since its creation in 1995, the WTO has been headed by six men: three Europeans, a New Zealander, a Thai and a Brazilian.

The candidacy of this woman with an impressive career is not, however, unanimous. “Minister, she may have adopted some reforms on transparency, but nearly a billion dollars disappeared each month from the state coffers when she was in charge of Finance”, explains Sarah Chayes, author of Thieves of State (State Thieves, in English), an investigative book on large-scale corruption.

Ngozi Okonjo-Iweala, however, has never been prosecuted for looting state coffers, even though her critics believe she could have done more to prevent embezzlement. “She could have resigned and exposed the corruption,” said Olanrewaju Suraju, of Human and environmental Development Agenda, a Nigerian NGO.

Committed to the fight against Covid-19

And to those who criticize her for lacking experience in international trade, she replies: “I have worked all my life on trade policies”, during a webinar organized in July by Chatham House, a British research center. “More than anything”, the head of the WTO must have “daring, courage”, she says, believing that the choice can not be made only on technical skills.

Ngozi Okonjo-Iweala was appointed in July as special envoy of the African Union in the fight against the pandemic on the continent. Its mission: to mobilize international support to stem the global economic crisis which is hitting African countries hard.

According to her, the rise of protectionism and nationalism around the world has intensified with the crisis and barriers should be lowered to revive the economy. As President of the WTO, she will have a lot to do in a global context of economic crisis and crisis of confidence in the organization, at a time when the liberalization of globalized trade is hotly contested.