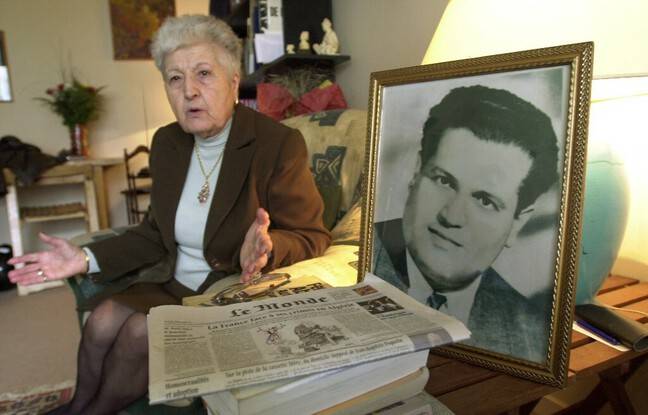 This Tuesday, the President of the Republic Emmanuel Macron acknowledged that Ali Boumendjel, lawyer and Algerian nationalist leader, was indeed “tortured and assassinated” by the French army during the Algerian war in 1957. An assassination in the time made up in suicide, and that France had never admitted until then. “At the heart of the Battle of Algiers, Ali Boumendjel was arrested by the French army, placed in solitary confinement, tortured, then assassinated on March 23, 1957”, detailed the Elysee in a press release.

This recognition “in the name of France” is part of the appeasement gestures recommended by the historian Benjamin Stora in his report on colonization and the Algerian war submitted on January 20 at the Elysee Palace. 20 Minutes takes stock of this symbolic act.

Who was Ali Boumendjel?

Ali Boumendjel was an Algerian lawyer, born in Relizane (north-west of the country) in 1919. He won a scholarship during his studies allowing him to enter the Duveyrie college in Blida, where he met many militants of the Algerian nationalist movement. He then studied law like his big brother, a close friend of Ferhat Abbas, also a nationalist activist, among other founder of the Algerian Popular Union (UPA), and of the Democratic Union of the Algerian Manifesto (UDMA), but above all first head of state of the future independent Algeria.

“Along with Ferhat Abbas and other militants from the Duveyrie college, Ali Boumendjel was one of those recognized in Algerian society for their studies and their functions, who had rallied to the movement for Algerian independence but with a less military approach and much more peaceful ”, informs Gilles Manceron, historian, specialist in colonization and the Algerian war.

In 1946, when the UDMA was created by Ferhat Abbas, Ali Boumendjel became a member. In 1954 he became an advocate for Algerian nationalists and in 1955 joined the National Liberation Front (FLN). Ali Boumendjel was arrested on February 9, 1957 and assassinated on March 23 after being tortured. Paul Aussaresses, head of the French intelligence services in Algiers at the time, confessed in his memoirs published in 2001 to the murder, when it had been disguised as suicide. For this, Ali Boumendjel had been thrown from the sixth floor of a building, to make believe in a voluntary defenestration.

What memory does Algeria keep of Ali Boumendjel?

Almost unknown in France, the memory of Ali Boumendjel is more vivid in Algeria. “It retains a special place because it is representative of a more moderate, democratic and peaceful current which ultimately could not succeed after independence”, supports Gilles Manceron. Demands made today by the Hirak, a protest movement against the power in place and bringing together hundreds of thousands of Algerians in the streets. “There was a desire to rediscover the possibilities of Algeria, and personalities like Ali Boumendjel are necessarily in all memories in such moments of democratic demands”, estimates the historian. In the end, in the hearts of Algerians, Ali Boumendjel has above all “the place of regret and a missed opportunity, with what happened following independence such as the militarization and privatization of power” , he says.

Can this recognition of the assassination ease certain tensions between France and Algeria?

Emmanuel Macron indicated that the recognition of this murder “is not an isolated act” and that “no crime, no atrocity committed by anyone during the Algerian war can be excused or concealed”.

“We will not favor good relations to the detriment of history and memory, but the problems are resolved with intelligence and calm, and not with slogans,” Algerian President Abdelmadjid Tebboune said on Monday evening.

For Gilles Manceron, this act is going in the right direction, even “if it comes very late and it will not be sufficient on its own. “And if there is recognition of the murder, the historian notes that Emmanuel Macron does not present” an official apology on this subject “. A point highly criticized by the entire report by Benjamin Stora, which recommends neither apologies nor repentance, insufficient according to its author preferring an approach by small symbolic steps. Algerian government spokesman Ammar Belhimer described a report “below expectations” from Algiers, placing “the victim and the executioner on an equal footing”.

Remains that for Gilles Manceron, beyond trying to reconcile France and Algeria, this decision of Emmanuel Macron also presents “an internal interest for France, that of gradually recognizing this past and knowing better its own history”. As the Elysee press release notes, it is time to “look history in the face”.