Why do Belgians come to have their hair cut in France? 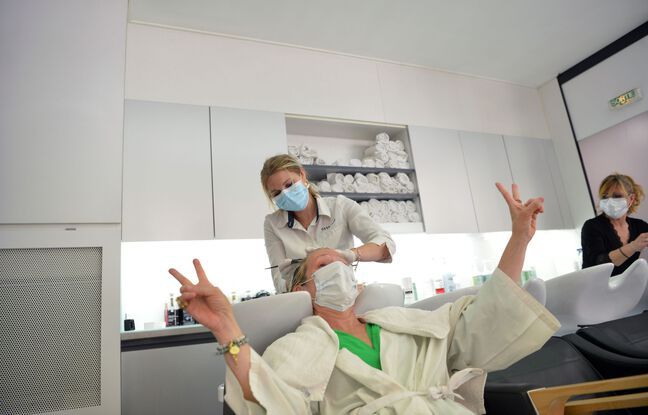 In hairdressing memory, we had rarely known such success. Closed for a month during the reconfinement, the hair salons reopened on November 28. Since then, it’s always been busy to cut confined hair for several weeks or to prepare it for the holidays.

But another unforeseen element came to fill the northern salons even more. In Belgium, unlike France and all other European countries, hairdressing salons are still closed for health reasons and they will not reopen before February. Suddenly, a new clientele crossed the border to have their hair cut.

Cross the border to get a haircut

“For some people, it’s impossible to wait until February. The simplest solution is therefore to cross the border and come to us, ”says Jérôme Bourgois, who runs a hairdressing salon in Leers, a town in the Lille metropolis bordering Belgium.

From the coast to the south of the department, the northern salons installed near Belgium are all seeing an influx of customers. “It’s the pompom. They come from all over the Belgian coast, sometimes even from Brussels to have their hair done. To have an appointment, you now have to wait two weeks, ”says Patricia Durieux, manager of a salon in Bray-Dunes, which has welcomed a good hundred Belgians in two weeks.

Same story in Quièvrechain, in the Valenciennois, where Sylvie Herbommez has been styling the inhabitants for 40 years. “The phone kept ringing for the first week with 20 calls a day. It is true that there is a big crowd at the moment, ”recognizes the hairdresser installed 500 meters from the border.

However, if the Belgian clientele represents a significant contribution, we cannot speak of a jackpot either. The 600-kilometer border between France and Belgium clearly leaves the inhabitants of Overseas Quiévrain spoiled for choice when it comes to getting their hair cut from neighbors already overwhelmed with their usual clientele.

“It has no impact on turnover because customers are spread over the many lounges located at the border. But it’s more. We do not neglect the Belgian clientele because our goal is to make them come back ”, acknowledges Jérôme Bourgois.

An exchange of good practices in this confinement decidedly particular for border residents. In October, the French went to play sports in rooms that were not yet closed in Belgium. In December, it’s the Belgians’ turn to come and have their hair cut at their neighbor’s. To believe that the Covid brings people together.