Why has the Anglo-Norman island of Jersey been targeted by French fishermen? 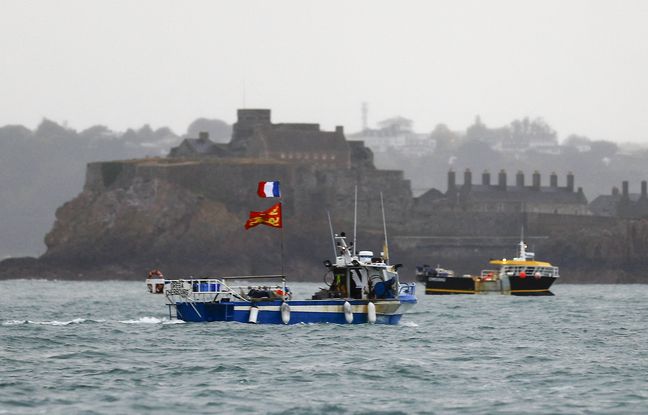 What better way to commemorate the bicentenary of Napoleon’s death than a little clash with the United Kingdom? This Thursday, a flotilla of French boats headed for the Anglo-Norman island of Jersey to denounce the new fishing regulations linked to Brexit. The fishermen fear a severe restriction of access to areas around the island, a place where they have been working for years.

While the situation has remained very calm, the UK and France have nevertheless deployed light military buildings nearby to monitor the situation. Thursday evening, everyone finally returned to their port, but nothing is resolved yet.

Why has Brexit led to these tensions?

Small geographical reminder: Jersey is located off Normandy, about 50 km from the port of Granville (Manche). But the island, like its neighbor Guernsey, is attached to the British Crown. “They are not strictly speaking part of the United Kingdom, but the country represents them and defends them at the international level”, indicates the BBC. And this particular status is part of the root of the problem.

Before Brexit, it was the Granville Bay Agreement (signed in 2000) that defined the fishing rules around Jersey, in particular through the issuance of permits for boats. But at the end of December 2020, the entry into force of Brexit, of international scope, canceled this local agreement. Brexit also allowed Jersey authorities to decide on their own who could access its territorial waters – an area of ​​around 22 km all around the island – through licensing.

Jersey point of friction by 20 minutes

What’s the matter with licensing?

Two points raise questions. The first concerns vessels over 12 meters, which are those with the greatest fishing capacity. At the end of April, Jersey authorized 41 French boats of this type in its waters. But for France, the island did not issue enough authorizations compared to the previous situation, since 344 requests had been filed.

Second sticking point: Jersey also wants to impose new restrictive conditions with these permits. French fishermen would thus be limited in terms of fishing days, type of fish or shellfish (ban on lobster fishing, for example), or even access to certain areas. “It is in contradiction with what was in the cooperation agreement”, regretted this Friday Franck Riester, Minister in charge of Foreign Trade.

Are new frictions to be feared?

The special status of the island of Jersey has become a real headache with Brexit. As James Kane, a British expert on trade questions interviewed by The cross, “The Jersey government alone decides the fate of its territorial waters (…)”. As a result, he continues, “the British government is in a very delicate position: since it has committed itself to the EU, the latter could take legal action against it for breach of the agreement, which would result in financial compensation ”.

“It is the policy which must take over, estimated this Thursday Dimitri Rogoff, president of the regional fisheries committee of Normandy. If we do not win our case, the Minister must turn off the light ”. A reference to the threat emitted by Annick Girardin this week: the Minister of the Sea affirmed that the current blockage could lead France to ” retaliatory measures », By cutting the power to Jersey, which is mainly supplied by submarine cable from France. Before eventually plunging the island into darkness, Paris and the European Commission will still get back to the negotiating table with London and Jersey to quickly find common ground. In addition to this, you will need to know more about it.