Why is the European Union torn apart over the Sputnik V vaccine? 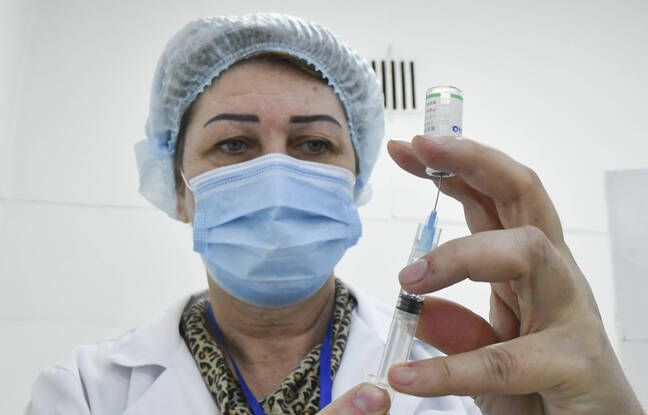 What place for the Russian vaccine in the European Union? Yet lacking doses (around 10.8% of the population vaccinated while Europe is experiencing a third wave of coronavirus), the 27 are in no hurry to respond to calls from Moscow. The Russians have declared themselves capable of supplying vaccines to 50 million Europeans from June, after the European Medicines Agency (EMA) began reviewing the Sputnik V vaccine on March 3.

An examination which has not yet delivered its verdict, the fault according to the EMA, with poor cooperation of the Russians on the data. But even with a favorable opinion, the whole question is whether the Europeans will want it. For Thierry Breton, the European commissioner in charge of the vaccine strategy, the answer is clear, Sputnik V will be at best “a complement vaccine”. On March 21, he even indicated: “We will not need Sputnik V”, preferring to help the production of vaccines already validated by the EMA (Pfizer / BioNtech, Moderna, AstraZeneca and Jansen).

A position that differs from that of German Chancellor Angela Merkel, in favor of the Russian vaccine, in a country particularly affected by the second wave. On March 19, she even warned that in the event of a European non-order despite validation from the EMA, Germany could place its own order alone.

A valid strategy, for Alice Desbiolles, public health doctor. “For a health product to be authorized on the European market, it must be studied and validated by the EMA to see the benefits / risks. But this validation is a simple marketing authorization, it does not force anyone to buy it. “And indeed, once the precious European sesame has been obtained, each country is free to decide whether or not to market it (in France, the National Medicines Safety Agency and the High Authority for Health, for example, are looking into the question after the validation of the EMA).

In the event of a European consensus, it is possible to place a group order, as was the case for previously validated vaccines. “This makes it possible to weigh more heavily than country by country, to be able to negotiate prices or deadlines, to give weight to demand,” notes Alice Desbiolles. But in case of non-consensus, each country can place its order, or on the contrary not participate in a group order.

Hungary, for its part, citing an emergency with the highest death rate in the world, did not wait for the opinion of the EMA to order. The eastern country has already received 550,000 doses for a total order of two million (for a population of 9.8 million inhabitants). Hungary relies on medical journal The Lancet, having estimated in early February that Sputnik V was 91.6% effective against symptomatic forms of Covid-19, results validated by independent experts.

A vaccine ordered by 74 countries for 815 million doses worldwide. With the reinforcement of this vaccine and the Chinese serum, in addition to the vaccines validated by the EMA, Hungary has a nice rate of 21.6% of people having received at least one dose in the country, twice the average of the EU.

Adapt the strategy to the country

France, it seems far from these favorable positions. Foreign Minister Jean-Yves Le Drian declared on Friday that Sputnik V was “more a means of propaganda and aggressive diplomacy than a means of solidarity and health aid”. With only 10% of the adult population having received a dose, can France afford to shun the vaccine? “In a country with such vaccine mistrust, bypassing the slightest validation and verification checks seems a very risky bet, and could do much more harm than good to the vaccination campaign,” notes Alice Desbiolles.

This is the advantage of a choice by country: being able to adapt it to the health situation specific to each one… and to the image that its inhabitants have of Russia. Because the acceptability of the vaccine is also played on this question, as shown by the statements of Jean-Yves Le Drian. “The image of Russia varies enormously between each European country, which leads to great differences in membership of Sputnik V between two sometimes neighboring nations, depending on their past with Russia”, depicts Pascale Joannin, Director General of the Robert Foundation Schuman.

Even within the same country. 60% of East Germans – formerly under Soviet control as a historical reminder – are in favor of Sputnik V, against 49% of West Germans, according to a poll carried out by the Civey institute at the end of February. Due to a painful past with Russia, other countries refuse any purchase of doses, such as Poland or Lithuania.

Among these nations, some are in an intermediate situation – Slovakia has ordered doses and the Czech Republic has promised to do so, before the two change their minds and await EMA validation. These two countries have among the highest death rates in Europe from the coronavirus. “This leads to divisions within governments on the strategy to be adopted, while the European Commission has not yet looked into the purchase of the Russian vaccine”, deplores Pascale Joannin. For her, due to a lack of doses at European level, each country is tempted to follow its own path, “which leads to cacophony and big national fiascos by precipitation”. Including the recent resignation of the Slovak Prime Minister.

Will these internal divisions last? Vaccination should intensify from April in Europe. If the first quarter saw only 105 million doses reach the 27, 360 million are expected for the second – Russian vaccine not included. What, perhaps, to calm the tensions. And in the meantime, Russia only has 4.4% of its population vaccinated, more than half as much as the European Union. One chaos can hide another.