Why it is important to correctly fill out the beneficiary clause 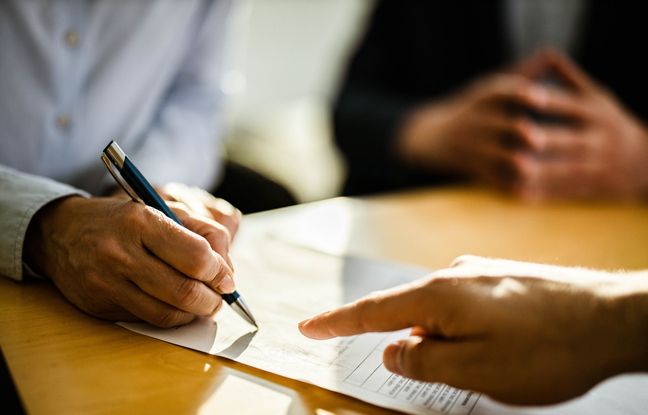 Life insurance is one of the most popular investments in France today. It is a way to put money aside for a major project, or to transmit a sum at the time of his death to the person of his choice, all with advantageous taxation.

Except that the money saved does not always reach its recipient. According to a 2019 report from the Court of Auditors, more than 4.7 billion euros of “dormant” contracts – in other words neither settled nor claimed after the death of their holder – which would wait in the coffers of insurance companies.

The victims of secrecy

But how could such a treasure be forgotten? To avoid the possibility of changing their mind later, many policyholders prefer not to reveal the existence of their life insurance contract to their beneficiary. Without being aware of this, the designated persons cannot assert their rights.

In principle, the insurer just needs to refer to the “beneficiary clause” of the contract to find their identity and tell them the news. This is without counting on the initial inaccuracies in the drafting and the changes that have occurred in everyone’s life. What should be understood, for example, when the beneficiary clause only mentions “my child”, when there are three at the time of the subscriber’s death? Does the name “my husband” mean the first or the second husband? And what if the life insurance beneficiary died before the policy owner?

To avoid any further concern, insurers generally offer a pre-written beneficiary clause such as: “My spouse not legally separated, failing which my children, born or unborn, alive or represented, in equal parts. Otherwise my heirs ”. However, you can write this part freely. But be careful to weigh every word. Note that if you designate your spouse and children without naming them, it is the family situation at the time of your death that will be taken into account for paying this capital. The simple mention “my spouse” will therefore refer to the person who shares your life on the day of your death, including in the event of remarriage after taking out the contract.

Alternatively, you can choose to name the beneficiary by name. If you forget the existence of this clause, you could well bequeath, in spite of yourself, a large sum to a person with whom you no longer had any relationship. Finally, remember to always specify “failing this my heirs”, in case the main interested party has died in the meantime.

In any case, the more details you give about your beneficiary, the easier it will be for the insurer to find him when the time comes. In addition to her address, details such as date and place of birth, as well as maiden name if applicable, are particularly helpful. In the event of a change in the situation – yours or hers – do not forget to update this clause either. Despite a pronounced taste for family secrets, putting at least one loved one in the confidence or making mention of it in a will deposited with the notary will greatly simplify things later.

Anyone can submit a request to the Association for the Management of Information on Risk in Insurance (Agira), in order to find out if they are the beneficiary of life insurance. This body then transmits the request to all insurers. Go to www.formulaireassvie.agira.asso.fr.

If your search is unsuccessful, turn to the Ciclade.fr platform, set up to allow beneficiaries to claim their due from the Caisse des Dépôts. Indeed, if no one has come forward in the ten years following the end of the contract, it is this institution which recovers the funds and keeps them for twenty years, before they are definitively transferred to the State. .