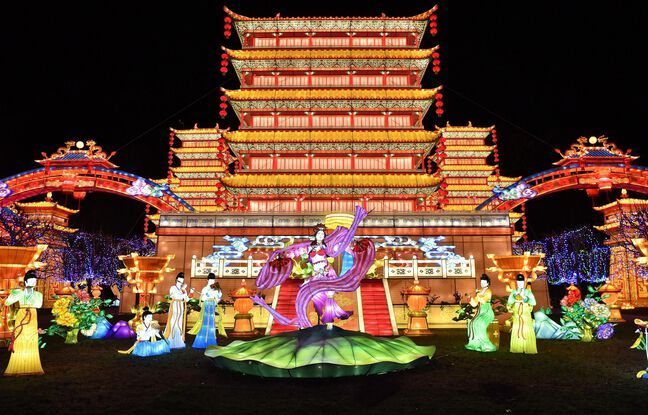 Goodbye Gaillac, hello Blagnac. The relocation of the Lantern Festival had been known for several weeks. It has been official since Monday and the signing of the contract at the town hall of the airport city. This Franco-Chinese co-production, the first three editions of which in the Tarn region attracted a total of 1.1 million people, must take on a new dimension by getting closer to Toulouse.

“It was no longer possible to host this type of event in a four-hectare park, both in terms of security and organization,” pleads Patrice Gausserand, president of the company Mag Conseil. This company represents the consortium of the Chinese province of Sichuan, in charge of the festival.

See you in December after a winter without a festival

The former mayor of Gaillac, now ineligible, does not hide his pleasure at this transfer to the Ritouret park (eight hectares), well integrated into the transport network of the Toulouse conurbation. After taking a break this winter, due to Covid-19, pandas, dinosaurs and other paintings, patiently assembled by nearly 90 workers from China, must invade the Blagnac soil from December 1, 2021 to January 31, 2022.

“We hope to attract at least the equivalent of the last year in Gaillac (430,000 people), indicates Mayor Jacques Carles. But we don’t think about a year, rather about three [la durée du contrat], with a prospect of around 700,000 visitors. The breakeven point is at 300,000 people. The elected PRG speaks on behalf of his city and its 25,000 inhabitants, but more broadly on behalf of the 800,000 souls who inhabit Toulouse Métropole, of which he is one of the vice-presidents.

Because the fallout is expected well beyond the city of “Caouecs”. “This festival is becoming a development pole that comes at the right time”, explains Jean-Claude Dardelet, president of the Toulouse Métropole attractiveness agency.

“December-January is the time when the pandemic situation will be stabilized, at least everyone is hoping for it. We will be able to relaunch major events and the Lanterns, it is the eye-catcher for a wider visitor journey. People would come to spend two or three nights, they could go to the Cité de l’Espace, which hosts the only Chinese rover that has landed on the Moon visible outside China, or the Museum and its dinosaurs. “

Asia, the tourist “target” of choice

Chinese tourists, especially the roughly 80 million inhabitants of Sichuan, the birthplace of the tradition of bright festivals and fertile in prehistoric saurian fossils, are clearly targeted, like the Japanese at the 2023 Rugby World Cup.

“Asia is a zone of considerable development, with significant purchasing power, with people who are more passionate about technology than elsewhere,” continues Jean-Claude Dardelet. Toulouse wins. “While business tourism, which weighed two thirds of the sector in the metropolitan area before the economic and health crisis, is undoubtedly not about to recover, leisure tourism must take over. And give a new lease of life to the more than 20,000 people who live from it.

Millions of euros in economic benefits

Cautious, the organizers as the local politicians do not want to quantify the manna that the luminous magic can generate. “The balance sheet on Gaillac is 11 million euros in impact on the territory, figures Patrice Gausserand. In Blagnac, it will be more. There is a lot more activity, there will certainly be more people. All the surrounding municipalities will benefit from it. “

Chinese business owners are expected next winter to chat with their Haut-Garonnais counterparts in the light of giant lanterns. Which could still move in a few years. But not far, near the Ile du Ramier in Toulouse. “If it turns out that to launch a new amusement park, the festival has to take place there, why not? launches Joseph Carles. But for the next three years, things will go well in Blagnac. “