Will Japan turn the page on sexism with the resignation of Yoshiro Mori? 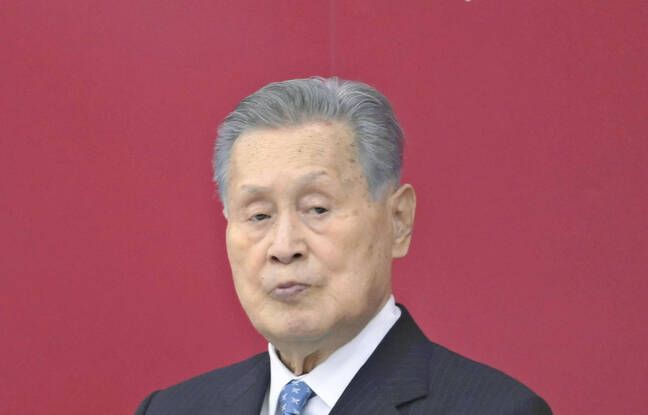 Ten years ago, would Yoshiro Mori have left his post? This is the question posed by his resignation from the post of president of the organizing committee for the Tokyo Olympic Games, a withdrawal following the outcry caused by his statements around “too talkative” women whose “interminable” interventions would slow down. meetings of sports bodies. Because the one who was Prime Minister of Japan is not at his first sexist statement, which has never prevented him from chaining the positions of power without batting an eyelid.

Because far from being an unusual slippage, this projection is only the latest in a long series of sexist remarks and discourse on the part of the entire Japanese ruling class. A country which, in terms of equality between men and women, is far from having the modernity of which it can boast in other areas. According to the World Economic Forum, the Japanese archipelago ranks 121st out of 153 countries in terms of gender equality in 2020, behind in particular Bangladesh and the United Arab Emirates.

Gerontocracy and sexism in power

How could such a delay be taken? Valérie Niquet, head of the Asia pole at the Foundation for Strategic Research (FRS), explains: “Japan has kept a very traditional way of operating, both in the professional and intra-family world. The male and female functions are very separate, with the idea that it is the men who work, and the women who stay at home. This traditional thought has continued for much longer than in other modern societies, so much so that it is still something quite deeply ingrained in the Japanese psyche. »Thus, according to the World Economic Forum, 70% of Japanese women stop working when they become mothers.

This behavior would be even more accentuated in the old Japanese political class. Valérie Niquet always: “In Japan, there is a certain gerontocracy, to be in a position of power, you must necessarily be old, which means that political leaders are very old and very traditional, even retrograde, especially compared to Japanese youth more advanced on issues of feminism and equality. “Hélène Lancelot, president of the Métiers de femmes association, agrees:” It is difficult to see a feminist revolution in the Japanese political class, elderly and overwhelmingly male. And in Japan, impossible to reach positions of power before being at least 50 years old, in fact, we will have to wait before hoping for change ”. She also recalls that as positive is the signal for his resignation, Yoshiro Mori had indeed been elected, at 84 years old and after several sexist casseroles, in an organizing committee filled with elderly men. Not really the signal for a revolution.

The weight of the international more than that of women

Yes, but this resignation then? For the two experts, this should be seen less as an internal pressure within the country than an international one. Hélène Lancelot recalls it a little bitter: the Japanese executive was amply content with the apologies of Yoshiro Mori and had not asked for more. What made the difference is more outrage from abroad and Toyota. Valérie Niquet: “The power of Japan comes more and more from its soft power. It is not a military power and its economic weight is likely to weaken in the coming decades. Therefore, the country cannot have a bad image abroad. “

Admittedly, Mori’s remarks led to demonstrations in the street and an outcry on Japanese social networks, “an event that would not have taken place ten years ago,” notes Hélène Lancelot. But according to her, that’s not what prompted the resignation of Yoshiro Mori, who would have remained in place if the economic consequences had not forced him to leave. Toyota in particular is one of the spearheads of the Japanese economy, and directly involved in this affair as the main sponsor of the Tokyo Olympics. The CEO of the brand had also strongly criticized the words of Yoshiro Mori, “a speech that had more importance than all the female demonstrations”, concludes Hélène Lancelot.

The revolution will take place

So is it a sham of revolution? Not necessarily, notes the president of Métiers des femmes. For her, everything now depends on who will replace Yoshiro Mori in his post: “If it is a much younger person, and even a woman, we can speak of a breakthrough. If he is replaced by another elderly man, we will remain in a kind of status quo. And the second option is (very) far from being ruled out.

But outside this political class, Japanese youth are opening up to the world and to societal and gender issues. Valérie Niquet notes: “There is more and more a dichotomy between the old political class and the youth carried by these fights. And this youth will eventually come to power, probably leading to a real feminist revolution at that time. But Japanese gerontocracy obliges, this will happen in about thirty or forty years. When Yoshiro Mori’s sexist remarks will only be a distant and bad memory.