Will we soon be able to make our daily purchases in bitcoin? 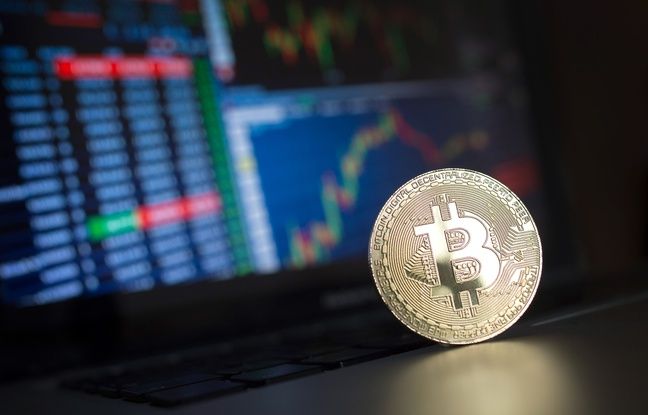 The price of bitcoin will never have reached such a level. The price of this virtual currency, born after the 2008 crisis to overthrow – or at least compete with – traditional monetary institutions, reached nearly $ 45,000 last week. Since the start of the year, not a week has gone by without talking about the price of this cryptocurrency, which panics stock exchanges around the world. But we often forget that it is above all a currency, which is therefore used for exchanges and transactions, and not only on the Dark Web.

“As virtual currencies multiply, and traditional currencies are going through a period of crisis, the democratization of bitcoin is beginning to be confirmed on an economic scale,” note several analysts from the American bank JPMorgan specializing in cryptocurrency. So much so that today, many believe that bitcoin – and virtual currencies – could soon establish itself as a real means of daily payment, and no longer just as a speculative investment.

Towards a “democratization” of bitcoin

The means to buy bitcoins, whole or in parts, have multiplied in recent years. As a sign of increased confidence in this currency, the online payment giant Paypal launched last October a cryptocurrency buying, selling and payment service. The 346 million active PayPal account holders will therefore soon be able to make their purchases in bitcoin, which triples the potential number of cryptocurrency users. This decision by the online payments platform created a real euphoria in the markets, and many institutions immediately revised their positioning. Many investment funds have bought bitcoins, and today several online banks even offer their customers to invest their savings.

“In recent news, several elements plead for a ‘democratization’ of bitcoin as a means of payment. The announcement made by Tesla last week, but also those of Visa or Mastercard which will set up a bank card allowing purchases in bitcoin, or even the announcements of Square [société de services de paiement] may suggest that cryptocurrency will gradually establish itself as a currency for making payments, ”explains Matthieu Bouvard, professor of finance at Toulouse School of Management and Toulouse School of Economics, and specialist in cryptocurrencies.

“The initial objective of the creators of bitcoin was to make it a peer-to-peer exchange currency and no longer depend on traditional banks”. If Tesla makes it possible to purchase one of its car models in bitcoin, “it can change things”, also analyzes the Belgian economic journalist Gilles Quoistiaux, author of Bitcoin & cryptocurrency, the practical guide for the beginner investor.“Several merchants – companies like Dell, Microsoft or Expedia – already accept payments in bitcoin. And the list is growing day by day, ”adds Matthieu Bouvard, who has been compiling these data for a few years.

“This would facilitate international payments”

Another major announcement, that of the boss of Twitter, Jack Dorsey, who announced this Friday the creation of a foundation to finance the development of bitcoin as “Internet currency”. “It will be a blind trust, which will not receive any instructions from us,” he said. The founder of Twitter is therefore also launching into crypto-payment activities, like its main competitor Facebook which is preparing to release its own virtual currency called Diem (formerly Libra). “Facebook has more than 2 billion users, it’s a huge strike force. Here again, the potential for democratization is disproportionate, ”notes the professor of finance at the Toulouse School of Economics.

We can see it clearly today, all the lights are therefore green to allow bitcoin payments to be generalized. But what would be the real point of making our purchases in cryptocurrency? “Above all, there is this idea of ​​promoting and facilitating international payments. It was one of selling point [argument de vente] of bitcoin, ”recalls Matthieu Bouvard. “It is a relatively anonymous means of payment, and which makes it possible to reach people all over the world. Bitcoin payments could greatly facilitate transactions made by all these immigrant diasporas, who today have to go through companies like Western Union for money transfers to their home country. Current solutions for transferring these funds – which represent considerable financial flows – are slow and above all very expensive. The generalization of the use of bitcoin could be a real alternative for these populations. “

If it were to become widespread as a means of payment, however, bitcoin would have a number of drawbacks, explain most cryptocurrency specialists. “It is a currency which for the moment remains too volatile, and it is a real problem. For a merchant who sells a product, this could prove to be very dangerous if the price of the currency used constantly evolves, and it loses, for example, overnight 20% of its value. It is to condemn the seller to take a risk each time he accepts a payment in bitcoin, ”explains the researcher and professor of finance.

like Diem, “however, this volatility would be very limited, which would prevent price variations. And here we can quite imagine being able to use this type of currency on a daily basis, which would have intrinsic value, ”adds Matthieu Bouvard. “In the future, stablecoins global could be used in a much broader field. […] We can imagine that a significant part of the population decides to hold their savings and make their purchases using these stablecoins global ”, also confirms in a report Christian Pfister, Deputy Director General at DG Statistics of the Banque de France and lecturer at Sciences Po and Paris I.

Another major drawback if bitcoin were to become widespread as a means of payment, the architecture of the system which makes transactions very slow. “To give an idea, the bitcoin network can now process seven to eight transactions per second, while Visa can make up to 20,000 per second. It would not make sense to pay for your coffee in bitcoin if you have to wait thirty minutes for the transaction to be confirmed. However, technologies like Lightning are now trying to correct these technical difficulties, explains Matthieu Bouvard. But in the current state, it is a major obstacle. With a network capacity that also limits the volume of transactions, it is a little difficult to see how bitcoin today could be adopted very widely by the population. “