With crops ravaged by frost, the risk of higher prices 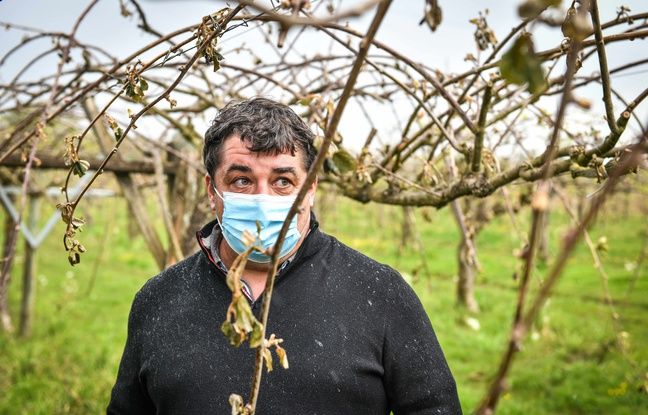 It is probably “the greatest agronomic disaster of the beginning of the 21st century”, warned Monday evening, on LCP, the Minister of Agriculture, Julien Denormandie. This disaster was the spring frosts that devastated crops last week. Vineyards, orchards, cereal fields, in regions usually spared (Languedoc, Var, Gard…). With nighttime temperatures hovering around -3 ° C, every night can lose 20% of a crop. “There are hundreds of thousands of hectares (which are) affected”, specified the minister. Knowing that warmth is not expected before Thursday.

A “black year” for professionals in the sector. “This year’s viticulture and arboriculture are wiped out,” says Joël Mouzin, member of the FNSEA office in charge of health and climate risks. We will have to wait until the end of 2022 ”. It is still too early today to take stock of the overall losses. But can we already anticipate consequences for consumers, with a rise in prices?

While waiting for the harvest

According to estimates, in places, 80% of the vines have been destroyed. In others, 50% of future stillborn crops are expected. Wine growers are therefore among the most affected. But it will be necessary to wait until 2022 to know if prices will increase in this sector. Because the harvest will take place between next August and October.

What about the fruits? The fall in the production of apricots, cherries, nectarines and peaches promises to be vertiginous. “The consumer will have much less access this year to apricots, cherries, certain fruits,” Julien Denormandie confirmed Monday evening. And to add: “the scarcity (…) will be such that the prices will probably be felt”. Illustration with data from Agreste: in 2020, national apricot production fell by 29%, and the average price increased… by 46%.

“There are sectors that will be able to get by with smaller quantities harvested”, tempers Joël Mouzin. But it’s a safe bet that if consumers do not want to pay more, they will get their supplies elsewhere “We always found fruit, which will come from the other side of the ocean”. An open door to harvests from abroad which could have longer-term consequences. “Will consumers return the following year to French products?” Asks the head of the FNSEA. In dramas like that, sometimes, the misfortune of some makes the happiness of others… ”.

Farmers therefore appeal for national solidarity, in addition to state aid. “Even if there is a rarity and it is more expensive, buying French is solidarity,” calls Joël Mouzin. Prime Minister Jean Castex, for his part, on Saturday promised “exceptional envelopes” to help farmers, already announcing the removal of the cap from the compensation scheme for agricultural disasters.