With its indoor air purifiers, Natéosanté is overwhelmed by orders 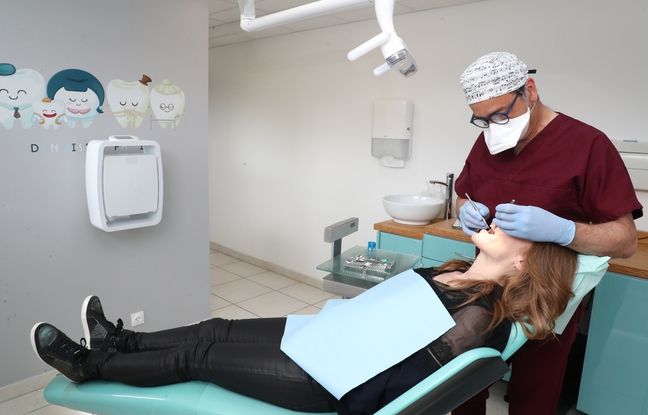 It is one of the indisputable winners of the health crisis. Established in Saint-Hilaire-de-Chaléons, between Nantes and Pornic, for twelve years, Natéosanté is the French specialist in indoor air purifiers, these machines capable of eliminating odors but, above all, of filtering fine particles, compounds volatile organic compounds and other bacteria harmful to the human body. Originally a niche market which already benefited from the increased awareness of institutions on air pollution. But with the appearance of the coronavirus in early 2020, demand has really exploded. From “several hundred” purifiers sold per year, Natéosanté has suddenly grown to “several thousand”.

“The view on air quality has changed,” explains Thierry Ricci, founding president of Natéosanté. Before the Covid, air, our first vital resource, was not a priority. Employers and communities have also said that they have a health responsibility towards their audiences. “It must be said that Natéosanté claims a capacity to eliminate Covid-19 of 99.6% in less than twenty minutes. “We had to bring in evidence of effectiveness. Studies were requested from a French reference laboratory in microbiology. A new study commissioned by the Auvergne-Rhône-Alpes region has since confirmed the results. “

Customers reassured, demand has increased tenfold. “Our sales have increased fivefold in some months, tenfold in other months,” says Thierry Ricci. It’s complicated to manage for a small team like us [16 salariés]. At the height of the crisis, I contacted our suppliers one by one. They all rose to the challenge. We didn’t have a delivery problem. “

Natéosanté air purifiers, which come in five models, can treat volumes from 30 m2 to 120 m2. Their announced lifespan is around 10 years for 24/7 operation. Given the prices (between 2,200 and 3,300 euros), customers are mainly professionals. “Many tertiary companies for open spaces, communities for schools or cultural venues. We also equip health professionals, laboratories, shops, small production workshops… ”Almost half of sales are made abroad, in Europe“ but also in Asia, South America and the Middle East. Orient… ”

To support this growth and “maintain the technological lead that has made our reputation”, Natéosanté is preparing to launch the construction of a new building near its head office in Loire-Atlantique. The bulk of the manufacturing will remain in Avrillé, near Angers. “Our products are made in France. We want to stay that way, insists Thierry Ricci. I hope that this crisis will raise global awareness of our health and environmental issues and the preservation of the French industrial fabric. “

Share
Facebook
Twitter
Pinterest
WhatsApp
Previous article“There is a real psychological side to the tax declaration, always the fear of making a mistake”
Next article830,000 unemployed at the end of their entitlement will have benefited from the extension of compensation