With the new restrictions, Bercy lowers its growth forecast for 2021 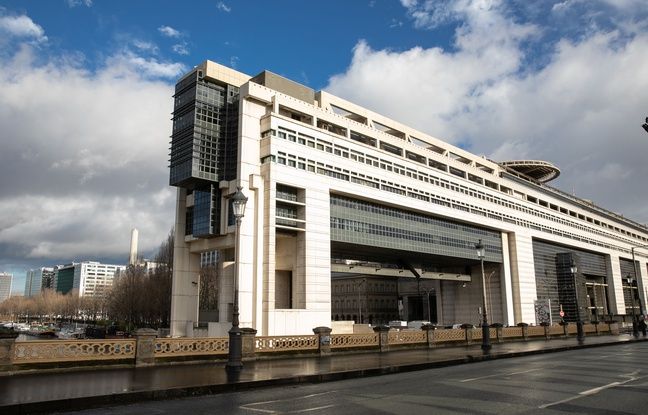 The fight against the Covid-19 pandemic will ultimately weigh a little more on the French economy. The new restrictive measures are leading the government to lower its growth forecast by one point this year, the Minister of the Economy Bruno Le Maire announced to the Sunday newspaper.

“Closing schools and 150,000 businesses is essential to curb the circulation of the virus. But these measures will have an impact on the French economy. We are therefore going to revise our growth from 6% to 5% for 2021 ”, explained the minister, while the French GDP had contracted by 8.2% in 2020.

The total cost of aid is estimated at 11 billion euros in April, Bruno Le Maire reminded the JDD, adding that “the presidential promise of ‘whatever the cost’ will be kept.” This support policy will be continued “as long as the health crisis lasts”, he stressed. The end of public aid will be gradual, he promised, “so as not to brutalize anyone. We have been able to protect companies in the crisis, we will know how to support them out of the crisis ”. “In certain sectors which will remain permanently affected, such as aeronautics, support will be maintained”, noted the Minister.

“I want to reassure the French: we have no difficulty raising debt on the markets, at very low interest rates. The European Central Bank has confirmed that it is maintaining its monetary policy to support the economy, ”noted Bruno Le Maire. He also reiterated that the debt should be repaid after the crisis, which he said will be possible thanks to “strong growth, better control of public operating expenditure and the pursuit of structural reforms – starting with that of pensions ”.

The delay of the European recovery plan

Before initiating a possible new recovery plan, Bruno Le Maire wants to “continue to rapidly disburse the 100 billion euros” of the program announced in September, of which he wants to spend half by the end of 2021. The Minister of The economy took the opportunity to criticize again the slowness of certain countries to ratify the European recovery fund of 750 billion euros. “France was to receive 5 billion in July. It is unfortunately unlikely that we will receive this amount on that date, ”he regretted.

The French economy should “rebound faster and stronger when health restrictions are lifted,” predicted the minister, recalling that it had gained 18% in the third quarter of 2020. In the meantime, Bruno Le Maire focused on certain support measures for traders affected by the new restrictions. In particular, like restaurants, they will be able to receive aid of up to 200,000 euros per month. “We will also compensate a part of their unsold stocks”, he indicated, while the high rents of the companies “will be supported within the limit of 10 million euros”.