With the shortage of materials and soaring prices, the construction sector is going straight into the wall 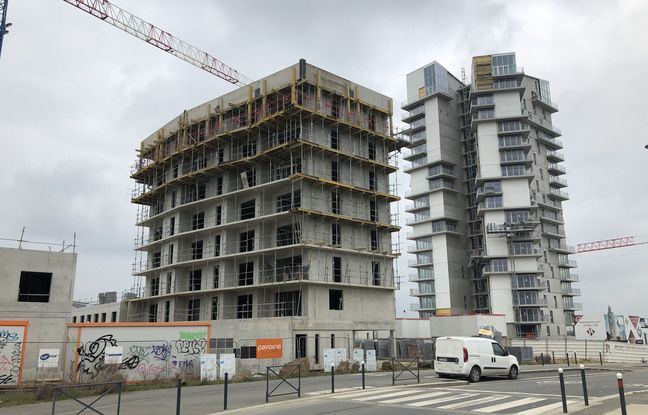 In Brittany as elsewhere, the building sector has been finding itself for several weeks in a situation that is paradoxical to say the least. Stopped during the first confinement, the sector has since regained its colors with a strong recovery in activity and overflowing order books. But this improvement is threatened by the shadow of a shortage of materials that hangs over the sites. It can be explained in particular by the construction boom in China and the United States, where the recovery was earlier than in Europe. The two giants thus rushed on global stocks of raw materials, causing de facto a shortage and a surge in prices.

“The situation is serious and very worrying with an increase in the price of materials from 30 to 150%”, alarms Stéphane Le Teuff, president of the Breton branch of the French Building Federation (FFB). Widely used in construction, wood sees its course blaze. Before the crisis broke, the cubic meter was trading at around 300 euros. Professionals must now pay between 800 and 1,000 euros to get supplies. “Almost all French wood goes to China,” deplores Rachel Denis-Lucas, president of the Regional Union of Brittany Materials Traders. We therefore find ourselves in a situation of shortage which forces us to import it at a high price. “

Wood is no exception and all building materials become a rare and precious commodity. “A piece of PVC was bought for 1.50 euros before, it’s two euros now. And it’s the same for steel or plywood ”, underlines Bruno Catros, vice-president of the FFB in Côtes-d’Armor. In this situation, it is difficult for professionals to get out of it. “Companies lose money before they even set foot on a construction site because the quotes were signed several months ago. We must therefore bear this price increase alone, ”worries Stéphane Le Teuff.

Even if demand is strong, professionals in the sector no longer even venture to establish quotes “because they are unable to quantify them because the prices are so volatile and vary from day to day”, according to Marie-Laure Le Priol, president. of the federation of Morbihan. If the situation continues, it is therefore a whole industry that risks going straight into the wall. “About 30% of sites will soon have to be shut down,” says Stéphane Le Teuff, fearing a breakage in terms of employment.

A rise in house prices is to be feared

In the medium term, it is also the future buyers who should drink with a rise in construction costs which is to be feared. “What will be the reaction of a young household when they are told that its extension costs 30,000 euros more?” “Asks Yves-Marie Maurer, president of the Regional Order of Architects.

In this slump, the building industry calls on the government to try to save the furniture. In mid-June, the State had thus undertaken not to apply penalties to companies in the event of a delay in the delivery of public contracts. A first step but which remains insufficient, according to Stéphane Le Teuff. “It is also necessary to freeze all penalties in the private sector and for the State to cover partial unemployment at 100% if the sites were to be stopped,” he explains.

Share
Facebook
Twitter
Pinterest
WhatsApp
Previous articleThe group is transformed into a public limited company, putting an end to the absolute power of Arnaud Lagardère
Next articleWith its solar street lights, Sunna Design brings light to the most remote areas of the world