“With this report, France and Rwanda seek to calm their relations” 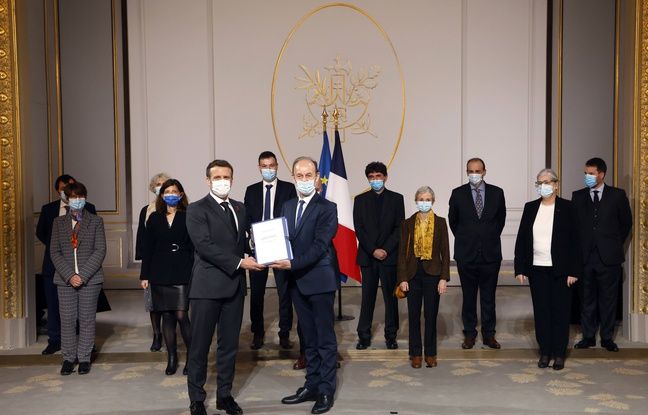 This Friday, a report by a commission of historians submitted to Emmanuel Macron on the genocide of the Tutsis came to the conclusion that France “remained blind to the preparation” of the massacre and bears “heavy and overwhelming responsibilities” in this latest. Nevertheless, the report underlines that “nothing comes to show” that Paris was made “accomplice” of the genocide which made at least 800,000 deaths according to the UNO between April and July 1994.

A nuanced conclusion which made Emmanuel Macron say that this report was “a considerable step forward in the understanding and qualification of France’s commitment to Rwanda, and that he now hopes that” this time, the process of merger could be initiated irreversibly ”. For Michel Galy, political scientist and specialist in Africa at the Center for Conflict Studies, this report should effectively ease tensions between the two nations.

What are the relations between Rwanda and France regarding the Tutsi genocide?

Since the genocide, there have been many books, studies and research on this historical issue and on the role played by France. But with the issue of memory has been added a political issue between the two nations, revolving around the terms of “complicity” and “responsibility”. It is around this couple of words that the quarrel between these two states revolves. Certainly, given that there is very little direct trade between these two nations, one might then think that it is not important for France to have good diplomatic relations with Rwanda. But the latter has a decisive influence on Central Africa, particularly in the Democratic Republic of the Congo, where France is more established, and for the whole of French-speaking Africa. In addition, Rwanda is seen for many supporters of Pan-Africanism as a “dignified country”, because it is very critical of Western countries. It is in the name of this influence that it is important for France to ease the tensions around this past. To be well seen in Rwanda is to be seen well in French-speaking Africa.

Can this report pacify relations between Rwanda and France?

There is a desire to calm relations for the two countries. This report certainly goes in the current direction of the French power but also of the Rwandan government. The latter is also preparing a report, which draws more or less the same conclusions. Beyond what it says about the role of France, this report is a good thing for appeasement because the French and Rwandan versions converge more and more towards the same story. Of course, there are still steps to be taken, in particular regarding the complicity of France, whether in the laissez-faire of the genocide or in Operation Turquoise, allowing several genocidaires to escape.

So this report also does Rwanda’s business?

Yes, there is a desire to calm relations also on the Rwandan side, because the government is targeted by a number of human rights organizations for its attitude towards political opponents, certain massacres or even the refusal to alternative candidacies to the elections. Traditional British and American backers are less enthusiastic about this country, so it seeks to expand its allies.

A French report that exonerates France from complicity, isn’t that a lively subject of dispute?

The report can of course be quite disputed because it was commissioned by France by appealing to historians, French, absolutely not specialists in Rwanda, or even no Africa, and for the side considered too moderate on the absence of French complicity, but there is still relative progress and is going in the right direction.

A large part of the population in Rwanda is Hutu and will welcome this report as a good thing, without seeking to question it, it is not only the government that is in favor of this report and this appeasement of this past.