With visas, Brussels wants to “put pressure” on the countries of origin of migrants 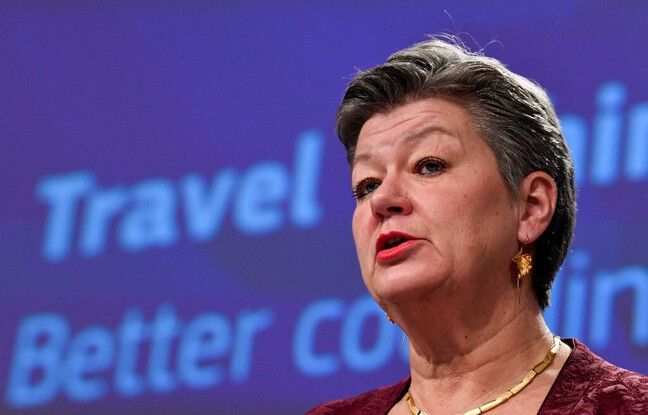 Europe is proposing to put in place visa restrictions against countries that do not cooperate enough to take back their nationals illegally in the EU. European Commissioner Ylva Johansson said on Friday she was ready to take these measures “from this summer”.

At the end of a meeting with the European Interior Ministers, the Swedish official considered that it was “urgent” to define with the member states a list of countries with which to initiate negotiations as a priority to “improve the cooperation ”on migrant returns.

No more visas in case of cooperation

“If we don’t make enough progress (in these negotiations); I am ready to present proposals to the Council this summer for visa restrictions. But if we manage to make enough progress with countries that cooperate well, we are also ready to make proposals for more generous visa policies, ”the Home Affairs Commissioner said at a press conference.

The Commission intends to build on the provisions of a new visa code adopted in 2019. Less than a third of the nearly 500,000 migrants who were denied the right to stay in the EU in 2019 have been returned or are voluntarily returned to their country of origin. “We really need to speed up,” Ylva Johansson said before the meeting. The European Commission presented member states with a first report, which has not been made public, assessing cooperation between EU countries and 39 countries of origin of migrants in the area of ​​“readmissions”.

For just over a third of them, the level of cooperation requires improvement, the Commission said in February. The issue will also be on the menu for a videoconference meeting on Monday between the EU’s interior ministers and foreign ministers.

“The aim of the EU is not to impose visa restrictions, the aim is to have better cooperation on readmissions (but) we must put pressure on third countries” in the negotiations, asserted the European Commissioner. She stressed that cooperation with the countries of origin of migrants also consisted in helping the countries of origin to “fight against human trafficking and organized crime” as well as “to control their borders”.

“Still a lot of work”

Planned for in the “new pact on migration and asylum” presented by the European Commission in September to reform the current system, cooperation also involves development aid, investments, trade, and better organization of channels. legal immigration. In the pact, the point that always gives rise to the most divisions within the Twenty-Seven is solidarity between member states on the care of asylum seekers.

“The gap (between the positions of the member states) is narrowing but there is still a lot of work ahead of us,” commented Portuguese Interior Minister Eduardo Cabrita, whose country holds the six-monthly presidency of the EU. The European Commissioner admitted that it was “very difficult” to predict when progress would be possible on this subject as long as the pandemic required virtual meetings, which were not conducive to finding compromises.