Without a salary for two months, employees of the airline Norwegian demand a solution 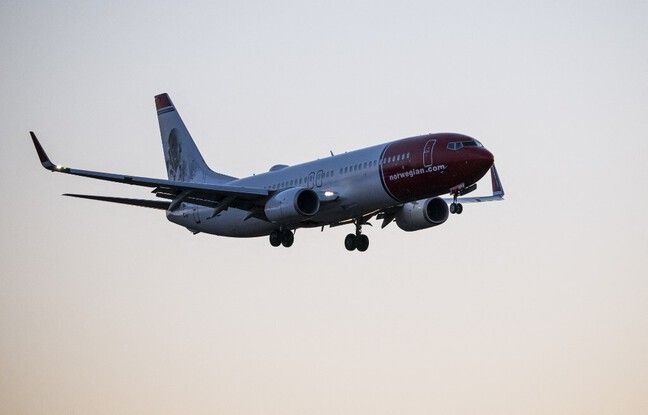 The 286 French employees of the airline company Norwegian Air Shuttle (NAS), who have not been paid since the closure of the Paris branch in January, are calling for the opening of liquidation proceedings in France to be able to benefit from the insurance wage guarantee.

The commercial court of Bobigny must examine, Wednesday during a hearing, the advisability of appointing a liquidator in France, “therefore the emergence of a French agent in the context of the bankruptcy proceedings which affects Norwegian”, explains Me Fiodor Rilov, lawyer for French employees.

“They find themselves having to leave their apartment”

Because for the moment, the case is played in Ireland where the company Norwegian Air Resources Limited has been placed in liquidation. It was she who owned the French branch of the Norwegian low cost company. However the Irish liquidators “do not give us any document”, affirms Alexandra Lafargue, Unac union representative (hostesses and stewards). “We ourselves at the CSE (social and economic council), we contacted the guaranteed wages insurance (AGS) but they lack documents, it is quite exhausting”, she laments.

Without income for 65 days, Norwegian’s 286 employees (145 pilots, 136 cabin crew and five administrative employees) are therefore waiting. Some “can no longer pay their bills, they find themselves having to leave their apartment”, details Damien Quéland, also elected Unac and secretary of the CSE. Elected officials say they have alerted the liquidators and management, but “we had no emergency meeting to deal with these psychosocial risks,” Damien Quéland is surprised.

Nearly 8 million euros in aid from the French state

Employees have also had no news from their human resources director since February. For Me Rilov, the hope lies in the opening of a parallel liquidation procedure in France with a French agent who would be “a little more diligent than the Irish liquidator and will take the steps so that the AGS intervenes and guarantees the remuneration. “. Another procedure was launched in summary proceedings to obtain from the Irish liquidator that he notes “the salary claims and sends them to the AGS, which then has the legal obligation to advance the sums which correspond to these claims”, details the ‘lawyer.

The hearing for this procedure is also scheduled for Wednesday in Bobigny. In the meantime, the elected staff affirm that the Minister of Labor Elisabeth Borne and the Minister for Transport Jean-Baptiste Djebbari made contact on April 14 with Ireland and Norway to find a solution to the problem. Norwegian has received 8 million euros in aid from the French state in the context of partial unemployment, according to the unions.