Without being too firm, ECOWAS suspends the country from its institutions 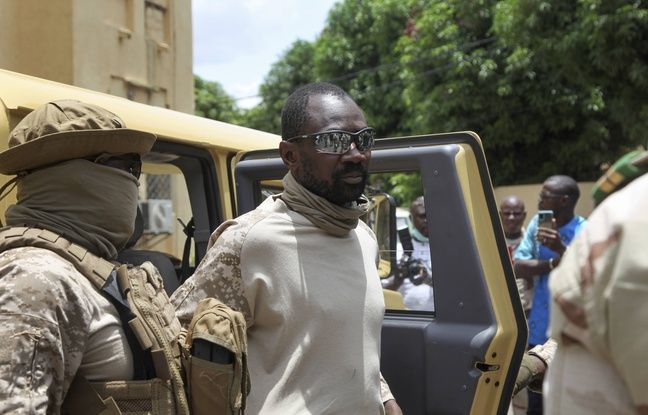 If the ECOWAS reacted to the double military coup in Mali, it did so less harshly this time than in August 2020 during the first putsch. Members of the Economic Community of West African States decided Sunday in Ghana to suspend Mali from their common sub-regional organization, while avoiding other sanctions.

In the final communiqué of this extraordinary summit, the heads of state “strongly condemn the recent coup”. They are calling for the “immediate” appointment of a “new” Prime Minister from civil society. They “demand” the “immediate” release of the former president and transitional prime minister, arrested on May 24 and removed from power before Colonel Assimi Goïta is declared president on Friday. The two former leaders have since returned home, but are under house arrest. ECOWAS also reaffirms the need for the transition opened after the first coup d’état and supposed to bring civilians back to power be limited to 18 months, and for general elections to be held as planned in February 2022.

Goïta is not attacked head-on

But, the organization remains silent on the designation of Colonel Goïta as president. The only real warning against him seems to be only a small reminder in view of the situation: “the head of the transition, the vice-president and the prime minister of the transition must under no circumstances be a candidate for the future presidential election. “. Assimi Goïta was vice-president until Friday. Finally, ECOWAS is not calling for the reinstatement of the former president and prime minister in their functions.

After the 2020 coup, the ECOWAS had nevertheless been firmer by suspending Mali from all its decision-making bodies, by closing the borders of its member states and by stopping financial and trade exchanges with the country, at the same time. exception of basic necessities. She then obtained the appointment of a civilian president and a transitional prime minister.

But this time the context is a little different. Domestically, the sanctions of a little less than a year ago were badly felt by a Malian population suffering in a bloodless country. Internationally, different voices have also underlined the precedent created by the diplomatic leniency shown vis-à-vis Chad where a Transitional Military Council of 15 generals took power on April 20 after the death of Idriss Déby Itno. .