“Without the restaurateurs at Christmas, we, the truffle growers, we are badly” 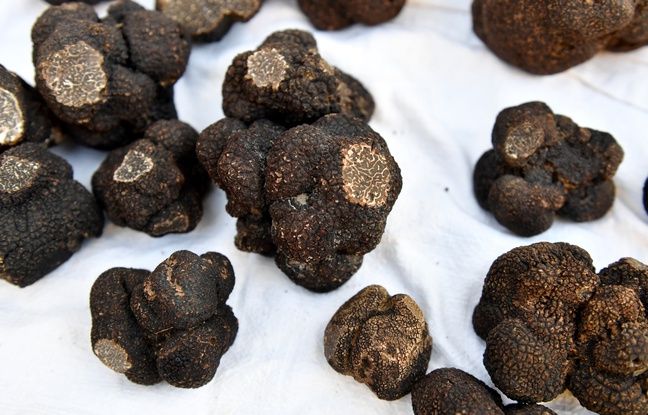 “But what are we going to do with our truffles?” »At the start of the truffle season, Jean-Pierre Canuel, truffle grower from Bouches-du-Rhône, is not the only professional in the sector to ask himself this question in Provence, a region where 70% of national production according to FranceAgrimer.

“The truffle, we do not produce it in the factory, ironically Michel Santinelli, president of the truffle growers of the Paca region. We do not make it, we collect it every week, in the spring, and between November and February. And if we don’t have the restaurateurs, at Christmas, we are in trouble. “

The month of December, a key month

Indeed, the possibility of reopening restaurants for the end of year celebrations becomes a chimera as the days go by, it is a whole sector which, by extension, finds itself in an impasse. “For us, it is catastrophic, alarms Philippe de Santis, president of the union of truffle growers of the Var. The truffle is a luxury product and a festive product. And in the month of December is done 50% of the season. If the holidays are happening, as we seem to say, without restaurants, we are already losing 50% of our turnover. “

“Marketing is becoming very complicated,” abounds Jean-Pierre Canuel. Not only are we having difficulties with closed restaurants in France, but also abroad. The truffle is a product that is exported a lot! And at the moment, exports are almost zero. “

“A truffle can be kept for a week”

“And a truffle can be kept for about a week,” recalls Michel Santinelli. It’s still a mushroom. If I don’t pick it up, it rots. But we have to pick up, so that production continues. We are obliged to maintain. There is a lot of work to get to the collection of a single truffle. “

“With the confinement, in March, we have already lost part of the turnover, recalls Philippe de Santis. And there, we will lose the month where we work the most. So people get discouraged. You have to be positive, but realistic. We’re not all going to make it. “

“Everyone will try to manage while waiting, by turning to a local clientele, hopes Jean-Pierre Canuel. But that’s not going to make up for all the losses, and the price will get very low. The future, for us, is a big question mark. »In France, the production of truffles is ensured by 6,000 truffle growers who maintain more than 18,000 hectares of truffles.