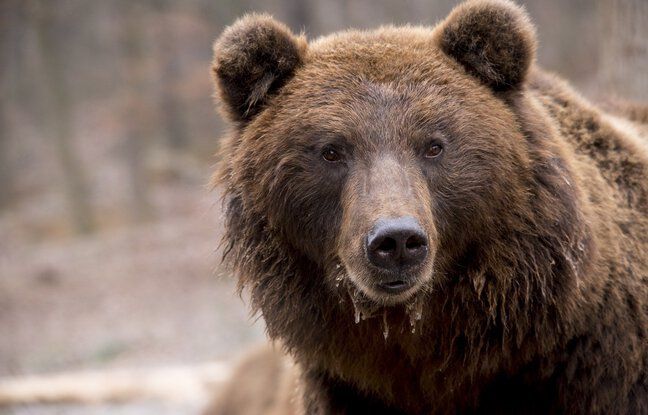 To protect her dogs, an American woman pushed back with her bare hands a bear that was trying to enter her garden, according to a TikTok video, seen tens of millions of times.

The scene takes place in the mountainous region of Utah in the United States. As a brown bear clings to the wall of her garden, Hailey, an American, pushed the animal away, with her bare hands, without any protection, to protect her dogs, one of which was held by the bear.

“I don’t even think I pushed him very hard”

The video, posted on the TikTok social network, has already been viewed more than 70 million times. In a second video, Hailey says she’s used to hearing her dogs bark “because they’re stupid.” But when in doubt, she goes out into her garden. “When I go over there to see what they’re barking at, I say to myself ‘that’s a weird dog,” “she quips.

“I look him in the eye and the first thing I think of is pushing him,” she continues. Despite the bear’s imposing size, she manages to make him let go. “And I don’t even think I pushed him very hard. I just pushed him hard enough to lose his balance ”. However, this kind of visit is not uncommon in this state: “I live in the mountains, so it’s pretty normal. And it’s summer so they keep coming ”.