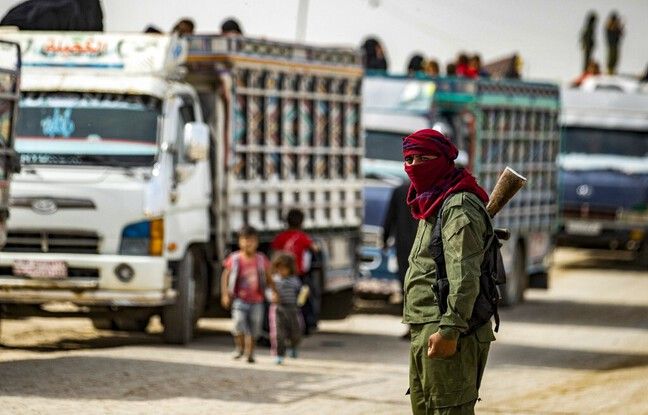 In Syria, a dozen women detained in camps began a hunger strike on Sunday “to protest against the stubborn refusal of the French authorities to organize their repatriation and that of their children”, announced two lawyers.

“After years of waiting and no prospect of judgment on the spot, they believe they have no other choice but to refuse to eat”, relate in a press release Me Marie Dosé and Me Ludovic Rivière, advice from some ‘between them. “In audio messages addressed to their relatives, these women explained that they no longer put up with watching their children suffer, wanting to ‘assume their responsibility’ and ‘be judged in France for what they have done'”, add the two councils, recalling that “all these women are subject to judicial information entrusted to a French anti-terrorism judge”.

Some 80 women, who had joined Daesh, and 200 children are held in camps in Syria run by Kurdish forces. According to the International Committee of the Red Cross (ICRC), which operates in Al Hol and Roj camps in northeastern Syria, children suffer from malnutrition and severe respiratory ailments in winter.

In an opinion issued in November, the UN Committee on the Rights of the Child warned of the “immediate” danger to the lives of these children, detained in “inhuman sanitary conditions” and deprived of “the most basic of food. “. Paris has for years maintained a case-by-case return policy for these children – 35, mostly orphans, have been repatriated so far – and believes that the adults should be tried on the spot.

“Leaving these women in these camps while the Kurdish authorities (who cannot judge them) have been urging France to repatriate them for years is totally irresponsible and inhuman”, consider the two lawyers.

UDI deputy Pierre Morel-A-L’Huissier and communist senator Pierre Laurent denounced on Tuesday the “cowardice” of France which “abandons” women and children detained “in inhuman conditions” in Syria, urging their colleagues to demand with them a general repatriation.

Pascale Descamps, mother of a 32-year-old woman detained in a camp with her four children who says she suffers from cancer, stopped eating at the beginning of February to obtain her repatriation. In December, the United Nations High Commissioner for Human Rights asked France to “take the necessary measures” to allow this woman to access medical care.