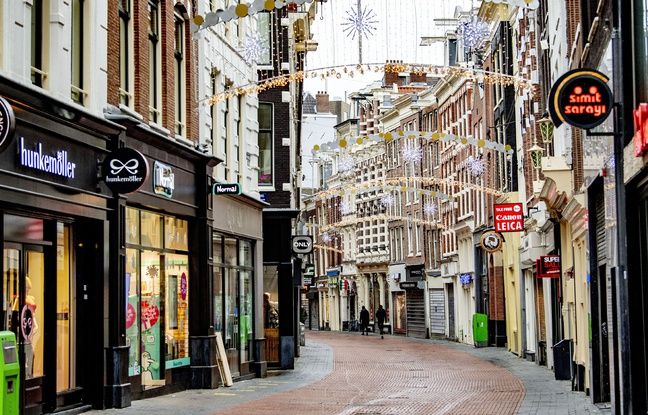 The Dutch government announced on Monday to extend the curfew until March 2, an anti-Covid-19 measure at the origin of the worst riots in the country in the last forty years. Its three-week extension “is necessary because new, more contagious variants of the coronavirus are gaining ground in the Netherlands,” the government said in a statement after an inter-ministerial meeting.

In effect from 9 p.m. to 4:30 a.m. since January 23, the first curfew in the Netherlands since World War II was originally scheduled to end on February 10.

According to the government, more than 95% of the Dutch respect the curfew, as well as other measures to fight against Covid-19 such as limiting the number of visitors to one person per household per day as well as the ban on flights from certain countries.

The introduction of the curfew on January 23 led to widespread riots across the country, with police using water cannons and tear gas to disperse protesters, including in Amsterdam, Rotterdam, The Hague, and Eindhoven. The police arrested more than 400 people. Prime Minister Mark Rutte called the rioters “criminals”, while one of his ministers preferred the expression “scum”. Several people convicted of violence during these riots were sentenced to short prison terms or community service.

Last week, The Hague extended other restrictions until March 2, including closing non-essential bars, restaurants and shops, even though it allowed most primary schools to reopen on Monday.

Share
Facebook
Twitter
Pinterest
WhatsApp
Previous article
At 45 years old, “Cala” Cimenti, a famous alpinister dies in an avalanche in Sestriere
Next article
Beginning of the hearing Tuesday, the question of witnesses not decided

The high command of the North Korean army has said it will expand and intensify military exercises to prepare...

Next, know the dollar price American in Peru today, Tuesday, February 7, 2023. According to the Central Reserve...

Horoscope for Tuesday, February 7, 2023. Know what the stars have in store for you in love, money and...

Rescuers and residents were anxiously searching under the rubble, among the piles of twisted metal and concrete blocks in...

Joel Raffo: “We are complying with what corresponds within the framework of legality”

Sporting Cristal beat Lima Alliance by walkover (WO) after the blue and white team did not appear at the...

The high command of the North Korean army has...
World

The president of Ecuador, William Lassoaccepted on Monday a...