Faced with the demonstrations, “the military junta will be forced to find a compromise” 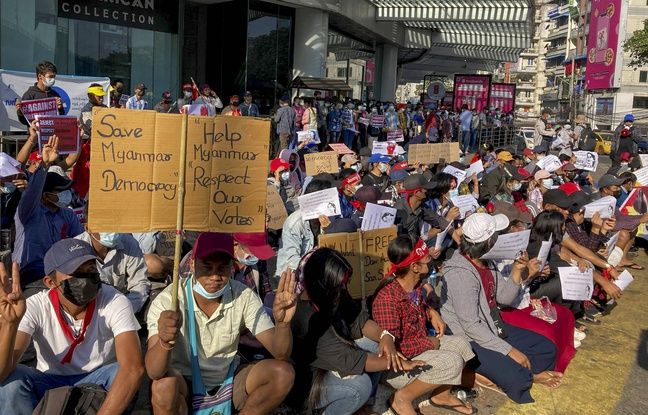 All does not go as planned for the military coup in Burma. Despite the fear of reprisals, for the past six days, tens of thousands of Burmese and Burmese have taken to the streets to say no to the coup instigated by the army on February 1. That day, the military junta put an end to the fragile democratic transition that had been under way for ten years and especially since 2015 and the accession to power of their longtime opponent: Aung San Suu Kyi.

A very relative power, since the army had retained a large influence. Since then, the street has demanded his return. Can the protesters win against the military? 20 Minutes asked the question to the Burma specialist at Ifri, Sophie Boisseau du Rocher.

Are these large-scale demonstrations a surprise?

Absolutely not ! Massive demonstrations had already taken place in Burma, in 1988, in 2007 and again today. This is quite normal, as the National League for Democracy (LND), the party of Aung San Suu Kyi, which won 82% of the vote in the last election, is deprived of its success.

Can this mobilization have an effect on the military junta in power?

I believe that the junta did not foresee this mobilization. From the point of view of its scale, first of all. She hadn’t seen the new forms of political action that she reveals coming either. We see it with the commitment of young people, who no longer want dictatorship and who say it clearly. They say it with humor, with a certain distance, of course, but are very clear on the substance of the message. Either way, the junta will be forced to find a compromise. We are already seeing the seeds of this compromise taking place. This Thursday morning, I read that General Min sent a letter to his Thai counterpart asking him to find a way out of the crisis acceptable to all the players. The question is there: what way out of the crisis will be acceptable for the military?

Do we have any idea what might be acceptable for the military?

Not at the moment. I think we have to reassure them about certain prerogatives, both political and economic. It is the sinews of war. It is obvious that the observation made by the military today is that the coup d’etat could cost them dearly, quite simply.

Should this be seen as an effect of announcements of sanctions from foreign countries?

Absolutely not. We have seen that these sanctions do not work well. This was widely demonstrated in the late 1990s and 2000s. It is simply an effect of the civil disobedience campaign. Here is an example: Burmese beer, the one that belongs to the military, Myanmar beer, is no longer consumed today. It is a form of boycott that costs the military dearly. The same goes for telecoms: people are abandoning the telecommunications networks that belong to the military for others (Chinese, South Korean, Western networks, etc.) and that too is costing them dearly.

Is Aung San Suu Kyi’s return to power an option to end the crisis?

His return will indeed be one of the objects of the compromise. Even though I don’t think the military really wants her anymore. Without us having been able to really see it or perhaps understand it, Aung San Suu Kyi has shown great political skill. And the military feel trapped by it. So, precisely, one of the possible compromises would be a return to power of the National League for Democracy, but without Aung San Suu Kyi.