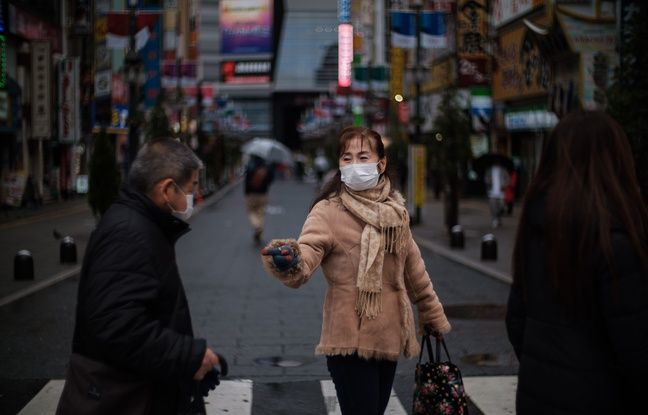 Vaccination against the coronavirus is due to start next week in Japan, but the authorities are working hard to obtain suitable syringes so as not to waste doses, the Chinese premier announced on Wednesday.

Agreements have been made with three large pharmaceutical companies to purchase enough doses to vaccinate the 126 million people. But less than six months before the start of the Tokyo Olympics, postponed for a year to 2020 because of the pandemic, the government has still not given a detailed plan for the vaccination campaign.

The Pfizer / BioNTech vaccine is expected to be the first vaccine approved in Japan in the coming days, after national clinical trials demanded by local health authorities. “When we have confirmed the efficacy and safety of the vaccine, we will start vaccination by the middle of next week,” Prime Minister Yoshihide Suga said. Japan is trying to secure enough special syringes to be able to extract the full six doses from each vial of Pfizer vaccine. The most commonly used syringes can only draw up five doses, which means the last must be thrown away.

The syringe problem could force the country to forgo enough doses of the Pfizer vaccine for some 12 million people, local media have estimated. “At the beginning, we will use the syringes which can contain six doses but, as we vaccinate, these (the syringes) will become scarce,” Health Minister Norihisa Tamura said on Tuesday. “We are working hard to get the syringes. We are asking the manufacturers of medical equipment to increase their production, ”he told Parliament.

About 10,000 medical staff will be the first people to be vaccinated in Japan, with authorities hoping to extend the campaign to the elderly from April. Toshio Nakagawa, head of the Japanese Medical Association, said on Wednesday that the lack of information about the vaccination campaign was confusing for medical staff. But he assured that doctors were engaged in the vaccination program, which he called “the most gigantic undertaking, on a scale that we have never seen before”.

The vaccines “will allow us to go on the offensive, rather than just being on the defensive,” he added. Japan has so far been relatively spared from the pandemic compared to other countries, with some 6,500 officially recorded deaths since January 2020. But a third wave of infections forced the authorities to establish a new state of emergency in early January in Tokyo and a handful of other departments. The number of cases has since declined.

End of the compulsory mask throughout the department … or almost

Should we expect a fifth epidemic wave this fall?