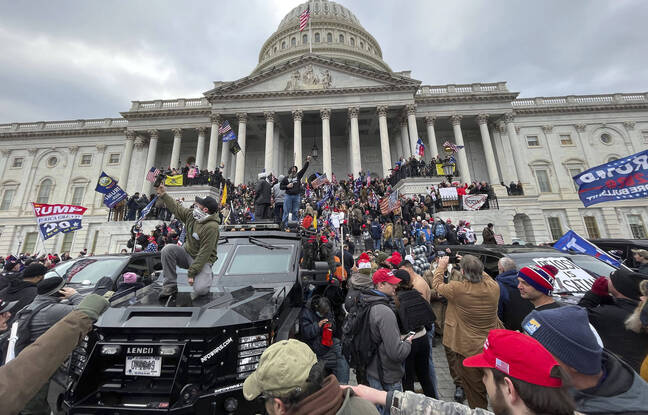 Facebook announced Thursday its progress in moderating content that could lead to violence, particularly in connection with the January 6 riots in Washington, which led to former US President Donald Trump being tried in the Senate for ” incitement to insurrection ”.

“We have taken a lot of measures specifically targeting the attacks on Capitol Hill to make sure we play our role well,” said Monika Bickert, Facebook’s vice president in charge of content regulations.

She recalled during a press conference that the platform had banned a total of 890 militias and armed movements, more than 3,000 pages and more than 19,000 groups, a good part of which before the ceremony of certification of Joe’s victory. Biden for the presidential election.

During the attacks and after, Facebook also communicated with law enforcement, including helping them identify people posting photos of themselves on Capitol Hill.

A month later, the United States continues to wonder how such a situation could have happened – hundreds of Donald Trump supporters had violently engulfed the seat of the American Parliament, shocking the country and abroad.

The Republican billionaire is in the crosshairs, with his repeated (and false) allegations of electoral fraud. But many NGOs and elected officials also point the finger at social networks, where violent movements have been organized for years, spread false rumors and rally many users.

Facebook started blocking messages with the slogan “Stop the steal” in November, but only if they also incite violence. In January, after the riots, “we saw that the expression was associated with the apology for attacks or violence in general, and therefore we decided not to allow it at all”, recalled Monika Bickert.

The Californian group, like its neighbors in Silicon Valley, also ended up toughening its tone against the former president, banned from platforms in the wake of the Capitol invasion, and against QAnon, this conspiratorial movement of which the faithful are convinced that Donald Trump had to save the world from corrupt pedophile elites. In all, over 3,000 pages, 10,000 groups and 500 events related to this nebula have been deleted.

The platform also welcomed the progress of its artificial intelligence technologies, which have made it possible to reduce the prevalence of hateful or violent content. “In the fourth quarter, out of 10,000 content views, there were seven or eight of hate speech,” noted Guy Rosen, vice president in charge of integrity.

Share
Facebook
Twitter
Pinterest
WhatsApp
Previous articleAfter the abandonment of T4 at Roissy, will the epidemic have the skin of airports?
Next articleFour years of violence by supporters of the former president on video

How does Jaime Nava, ex-player of Pro D2, find himself in the middle of a “childhood dream” in “La Casa de Papel”?

320 buildings destroyed by the volcanic eruption, according to a new assessment