The United States accelerates vaccination with injection in pharmacies 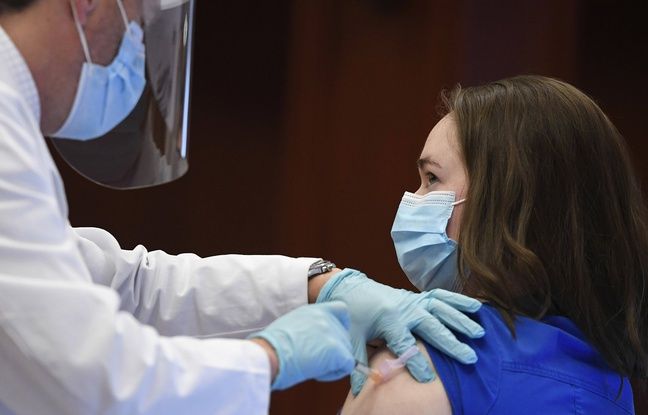 Vaccination accelerated this Friday in the United States, the country most affected by the coronavirus epidemic, with the possibility now of receiving the injection in pharmacies.

Two hundred million additional doses of the Covid-19 vaccine have been purchased by the United States, which will have enough doses by the end of July to vaccinate the vast majority of the population, announced US President Joe Biden, Thursday.

These 200 million additional doses – 100 million from Moderna and 100 million from Pfizer – are in addition to the 200 million doses already ordered from each company. “We are now on track to have enough doses for 300 million Americans by the end of July,” the US president said Thursday, the figure for the entire US adult population. To these massive purchases are added the distribution of vaccine doses on Thursday to some 6,500 pharmacies in the country, where Americans are used to being vaccinated against the flu.

The first doses will be injected this Friday. In total, around 40,000 pharmacies will be part of the program. The government has also ramped up vaccine production, opened additional vaccination sites and launched a campaign for the less privileged such as the homeless. After a chaotic start in December, states have stepped up the pace: 44.8 million doses have been administered and at least 33.8 million people have received one or two doses, or about 10% of the population. The United States is the country most affected by the pandemic in terms of both death and cases, with more than 475,000 deaths for more than 27.3 million cases, according to the latest count from Johns Hopkins University.

Decisive week for The Republicans, still not out of the galley of choosing a candidate