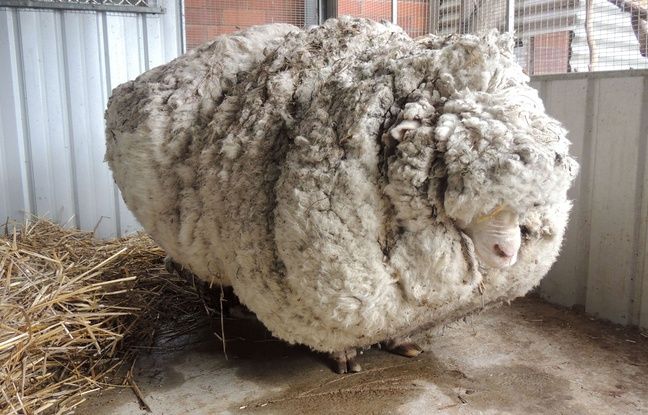 A wild sheep found wandering in the middle of an Australian forest was shed of its heavy, thick 35kg coat, and for its first shearing in five years, it struggled under its filthy heap covered in mud and tangled debris . Baarack was found in a forest in the state of Victoria from where he was taken to an animal shelter north of Melbourne, the association that took care of him said in early February on Facebook.

Baarack is now settling in with other rescued sheep at Edgar’s Mission, Behrend said, adding that it ‘all goes to show what incredibly resilient and brave animals sheep really are and we could not love them any more if we tried’ https://t.co/DLKa3W5WRt

“I couldn’t believe there really was a sheep living under all that wool,” founder of Edgar’s Mission Farm Sanctuary told Nine News television. According to her, Baarack was “a young lamb who strayed and never came back,” which is why his coat would never have been shorn for nearly five years.

For their well-being, sheep must be shorn at least once a year, otherwise it is difficult for them to survive, especially in Australia where the summers are particularly scorching and dry. Baarack, however, did not reach the world record held by Chris, his now deceased compatriot.

The latter had made the headlines in 2015 when shearing his fleece of some 41 kg. Baarack had his heyday, however, as the video of his mowing garnered more than 2.5 million views on TikTok.