Thousands of people in Florence to listen to Ukrainian President Zelensky

Thousands of people gathered in the Italian city of Florence on Saturday to show their support for Ukraine in the face of the Russian invasion and listen to the president ukrainianVolodymyr Zelensky, who intervened by video.

A central square in Florence turned into a sea of ​​rainbow flags with slogans of peace and Ukraine.

In a message broadcast on a giant screen, Zelensky explained that his country lives “24 hours a day” under a bombardment of schools, hospitals and residential areas, “even churches or squares”.

According to the Italian translation, the Ukrainian president indicated that 79 minors had died since the beginning of the conflict and said that Europe “must not forget”.

The demonstration was organized by the mayor of Florence, Dario Nardella.

In France, nearly 10,000 people demonstrated to show their support for Ukraine and denounce the Russian invasion.

In Paris, there were about a thousand people and many of them wore blue and yellow badges, the colors of the Ukrainian flag. 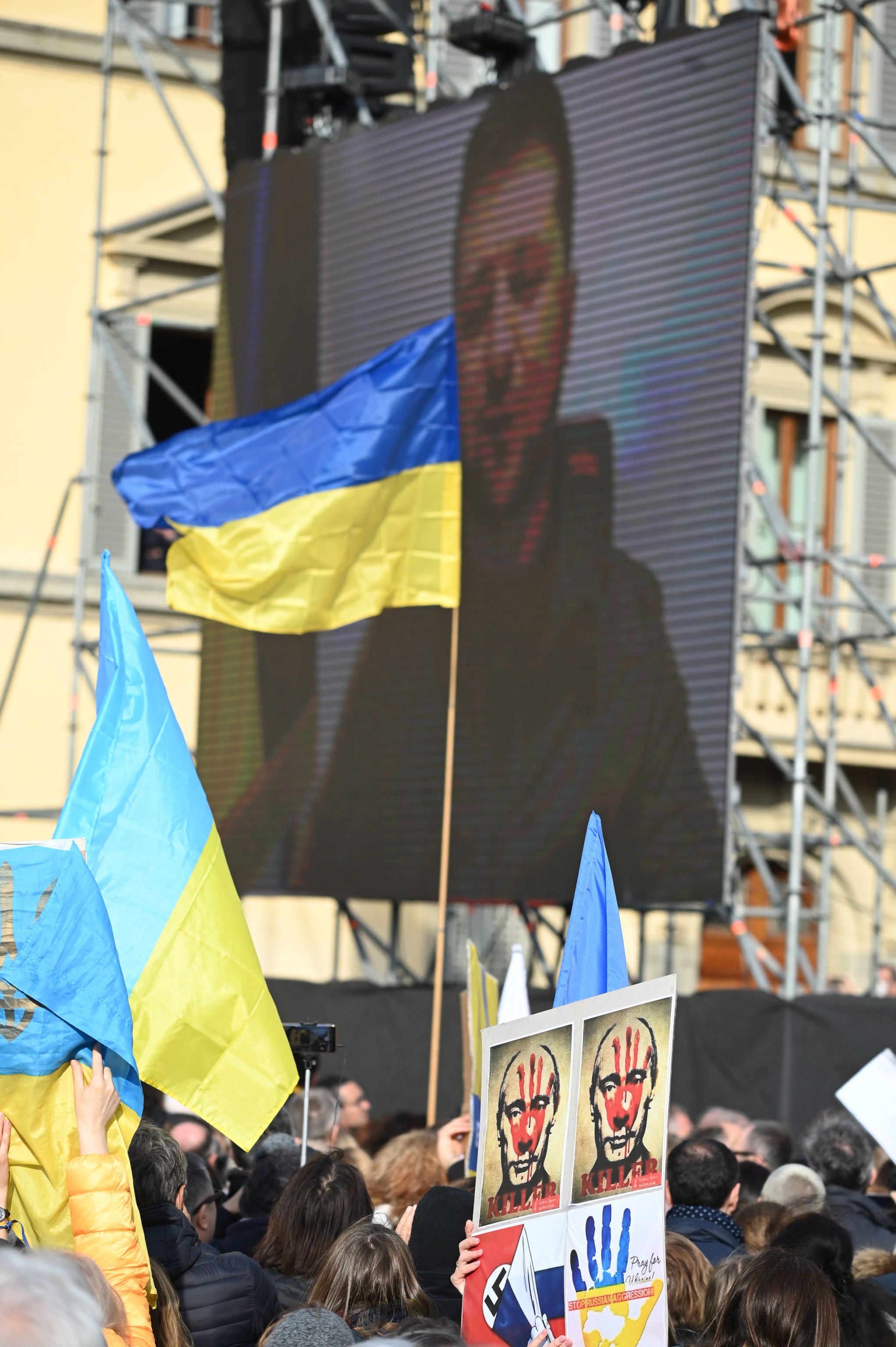 The President of Ukraine, Volodymyr Zelensky, addresses via video link the participants of the ‘Cities Stand With Ukraine’ event promoted by European cities belonging to Eurocities to say ‘NO to war’, in Florence. (Photo: EFE/EPA/CLAUDIO GIOVANNINI). (CLAUDIO GIOVANNINI/)

Share
Facebook
Twitter
Pinterest
WhatsApp
Previous article
Newcastle sent its good wishes to Rodrigo Vilca, for his arrival at Universitario
Next article
Rondón joked about qualifying for the World Cup: “Between Uruguay, Colombia and Peru, I don’t want any of them to go”

The armed groups in Colombia increased, strengthened and expanded their actions in the country in 2021 and 2022,...

This Monday, November 28, the Spain national teams Y Japan will measure forces in one of the most...

The armed groups in Colombia increased, strengthened and...
World