Should the European Union do everything to keep “its” doses of vaccine? 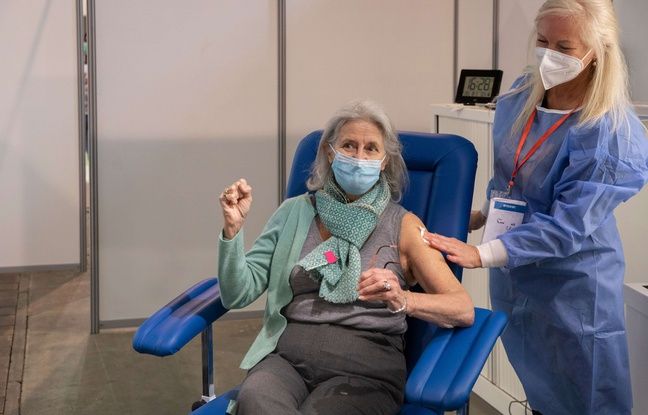 Is Europe the turkey of the vaccination joke? 88 million doses of vaccines (Pfizer / BioNTech, Moderna and AstraZeneca) have been supplied to the European Union, enabling 62 million injections to be made across the continent. Meanwhile, between December 1, 2020 and March 25, 2021, the 27 exported 77 million doses to 33 countries, according to figures released on Wednesday by European Commission President Ursula von der Leyen, and 31 million doses more were exported for the Covax project, which aims to help poor countries get vaccinated.

In other words, Europe exports more doses than it receives, and even the doses that it is “delivered” are overwhelmingly produced on its own territory. What question this policy, while only 9% of the European population has received at least one dose of vaccine against the coronavirus, far from Israeli (60%), British (45%) or American (25%) standards. What is Europe playing at?

“The problem is that in theory the trade deals and the signed contracts were good. The two partners just had to respect the contract, ”points out Eric Billy, researcher in immuno-oncology, not without thinking of AstraZeneca. “The sites located in Europe were supposed to produce for Europe and do not do it,” he laments. Basically, the British-Swedish laboratory was to provide 120 million doses to the European Union in the first quarter. Due to delay in production, he will only have given 30 million. A loss which necessarily blackens the European balance sheet.

With the 120 million initially planned, Europe would have had twice as many doses for its population than it exports. Currently, she has fewer doses for her than for export. As a result, the AstraZeneca laboratory must “catch up” the significant delays in delivery of its vaccine to the 27 before exporting outside the European Union, warned Ursula von der Leyen on Wednesday, threatening not to export any dose of AstraZeneca produced on its soil as long as certain delays are not compensated.

“Legally, Europe has the arsenal to do it. It is not a question of blocking the exports but subjecting each export to the validation of the country, which amounts to the same thing. Such a legal basis has already been used for masks during the first wave ”, informs the professor of public law and specialist in European law Loïc Azoulai.

AstraZeneca has signed an agreement with the UK guaranteeing Britons priority in vaccine deliveries, which is why for now the production delay is first made up in favor of the UK rather than the 27. “One can wonder if by not negotiating the price of its doses, Europe would have been given more priority in the event of delays. But it’s easy to say a posteriori, the European order seemed good on paper ”, defends Eric Billy. He recalls that the 27 have taken multiple precautions: doses of many different vaccines in order to be able to manage a delay, and enough doses to vaccinate between 1.5 and twice the population of the Member States. “Europe did what is recommended at that time: a group purchase to have more weight, enough doses and at a cheaper price thanks to the union of the 27”, supports Alice Desbiolles, doctor specializing in public health.

No sovereignty of care

For Eric Billy, the regret lies more in the relationship with AstraZeneca, once the laboratory has not honored its contracts. “The commission contented itself for several weeks with criticizing through the media, but without any real threat,” he laments. Even today, Europe has not taken any real action while India, for example, has for its part completely ceased exports of vaccines produced on its territory due to the violence of the third wave.

Should Europe have done the same? “It’s complicated, because Europe is also dependent on the United States and the United Kingdom”, points out Loïc Azoulai, in particular for lipids which go into the production of the Pfizer vaccine. The professor therefore concludes: “Nothing says that a blocking of exports would not also slow down vaccination in Europe in the long term”. For Alice Desbiolles, more than contracts or European firmness, this export crisis reminds us of the real problem: “Europe is not sovereign in terms of public health and has no autonomy in healthcare. It is dependent on other nations, which severely limits its field of action. “

Is there really enough to cause a scandal?

Does blocking exports make sense? The European Union assures it, the majority of its exports concern Pfizer / BioNtech vaccines, a laboratory which respects its deliveries and has even planned to add ten million doses compared to what was expected for the 27 in the second quarter. Blocking their doses therefore seems counterproductive and unfair. As for the 29 million doses of AstraZeneca discovered this week in Italy and which caused so much scandal, the laboratory swears that they are intended for the 27 or the Covax program.

Faced with the fear of being rolled in the flour, the 27 adopted two principles: “reciprocity” and “proportionality”. The first indicates that the buyer state will not have to reduce its own deliveries abroad, clearly targeting the United Kingdom which has provided no dose to Europe, against 21 million on the other side. Proportionality indicates that in the purchasing country the health situation, whether epidemic or vaccine, should not be better than in Europe (which can also apply to the United Kingdom).

But beyond these principles, no big actions at the moment. It must be said that if the first quarter saw only 105 million doses reaching Europe, 360 million are expected for the second. What not to want to offend with the laboratories.

The floods have displaced or affected more than 420,000 people