The debates on the guilt of the police officer begin this Monday, under tension 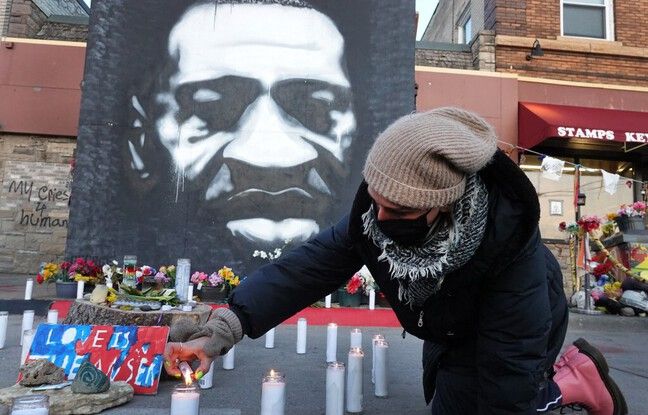 The trial of the police officer accused of killing George Floyd gets tough this Monday in Minneapolis, under high tension, nearly a year after the death of this African-American which led to a historic wave of anger against racism in the States -United and around the world.

Derek Chauvin, 45, including 19 with the Minneapolis Police Department, is charged with murder and manslaughter. On May 25, 2020, he remained kneeling for nearly nine minutes on the neck of the black forty-something, pinned to the ground and handcuffed.

George Floyd’s ordeal was filmed and uploaded by a passerby. The images went around the world and brought crowds to the streets of New York, Seattle, Paris or Sydney to denounce racism and police violence against minorities.

“How can you watch this video and say that Derek Chauvin did not commit a criminal act that killed George Floyd,” Ben Crump, the lawyer for the Floyd family, told reporters on Sunday, denouncing “an execution committed in broad daylight “.

It is a famous African-American lawyer from this large city in the north of the United States, Jerry Blackwell, who must speak for the prosecution from 9 a.m., in a public building transformed into an entrenched camp for this exceptional trial. which should last three or four weeks.

The authorities have appealed for calm and “peaceful demonstrations” during the trial, while demonstrators are to meet in court on Monday. Prosecutors will try to show that Derek Chauvin, who appears free, showed contempt for the life of George Floyd, by maintaining his pressure even though he had said twenty times “I cannot breathe”, that he passed out, and her pulse was finally gone.

Me Eric Nelson, Derek Chauvin’s lawyer who pleads not guilty, will instead ensure that the police officer was content to follow authorized procedures to control a recalcitrant suspect and that he is not responsible for the death of George Floyd.

The forty-year-old, who suffered from health problems, would have according to Me Nelson succumbed to an overdose of fentanyl, a powerful opioid whose traces were found at the autopsy. “What killed George Floyd was excessive force overdose,” Ben Crump replied Sunday.

Epidemic obliges, the trial takes place without an audience but the hearings are broadcast live and many Americans should follow them. The verdict is expected in late April or early May. The twelve jurors will have to rule unanimously, otherwise the trial will be considered void. This scenario, or an acquittal, could trigger new riots in Minneapolis, which had already flared up in late May.

“We pray that justice will be done for George Floyd by holding Derek Chauvin criminally responsible and that this sets a new precedent in the United States,” said Ben Crump. Prosecutions against police officers for violence committed in the performance of their duties are indeed very rare and convictions even more.

The city hall of Minneapolis, which decided to reform the police force in depth, agreed in mid-March to pay $ 27 million in damages to the family of George Floyd to put an end to his civil complaint. Also because of the Covid, the three other police officers involved in the tragedy, Alexander Kueng, Thomas Lane, and Tou Thao, will be tried in August for “complicity in murder”.