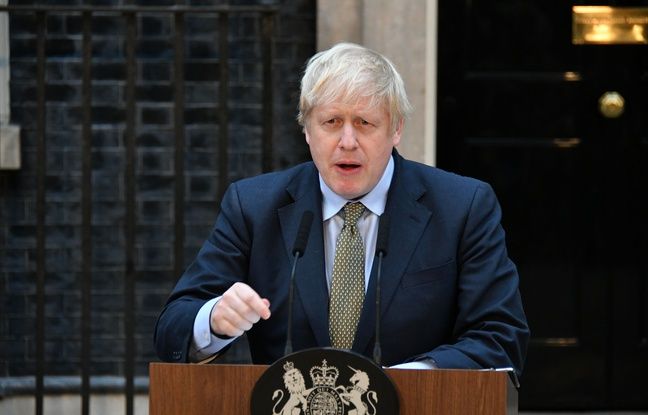 A report, commissioned by the British government following the Black Lives Matter movement, was accused of underestimating racism on Wednesday. The UK is not institutionally racist and instead can serve as a model for other countries, the study’s findings explained.

After the death of George Floyd in the United States, important demonstrations had taken place in the United Kingdom, causing an examination of conscience on the place of minorities and the relation to the colonial past.

Established by Prime Minister Boris Johnson to tackle “the substance of the problem” without “rewriting the past”, during a pandemic that has hit minorities hard, the Commission on Racial and Ethnic Disparities judges in its conclusions that progress in education and, to a lesser extent, the economy “should be seen as a model for other countries with predominantly white populations.” “Most of the inequalities that we have examined, which some attribute to racial discrimination, often do not find their origin in racism”, assures the Commission.

Some communities remain “haunted” by long-standing racism, expressing “a reluctance to recognize that the UK has become open and fairer,” says Commission President Tony Sewell in his foreword. While acknowledging that racism is still present, the report highlights the progress made, especially in education. The Committee notes that children from different ethnic communities do as well or better in school than white students, with black students from the Caribbean being the only ones to do less well. “No one denies that racism exists” but the term “institutionally racist” is “sometimes used incorrectly”, and “we have not found any evidence of institutional racism,” Tony Sewell said on the BBC.

The report sparked a wave of criticism in a country marked by the scandal of the treatment of the Windrush generation, named after the roughly 500,000 Caribbean immigrants who arrived in the UK between 1948 and 1971, or by the fire in June. 2017, from the Grenfell Tower in London which killed 72 people, including many black and minority people. The subject came back in the news again recently, during a shock interview with Prince Harry and his Métis wife, Meghan.

The couple had claimed that a member of the royal family had questioned what color their son Archie would have. In a country hard hit by the coronavirus, blacks are twice as likely to die from Covid-19, according to the National Bureau of Statistics. Asked by journalists on the sidelines of a visit to Leeds, Labor Party leader Keir Starmer called for action rather than increasing reports of racism in the country. “I think what we must now see is a real recognition (…) of the structural nature of this, but above all of the actions after the very many recommendations that we have made over many years”, he said. he declares.

Halima Begum, the managing director of the Runnymede Trust, a think tank on racial equality, said she was “deeply disappointed” by the report which concludes that the UK is not institutionally racist. “Tell that to the young black mother who is four times more likely to die when she gives birth than her young white neighbor, tell the 60% of doctors and nurses in the public health service who died from the Covid and who were workers from ethnic minorities, ”including blacks, she told the PA news agency.

Boris Johnson said in a statement that his government should now assess the recommendations made, saying its commitment “to build a fairer Britain and take the necessary steps to address disparities where they exist”. This 264-page report makes 24 recommendations, stressing the importance of rebuilding the confidence of different ethnic communities in institutions, tackling racism online and establishing more inclusive school programs. The Commission also recommends that the English acronym “BAME” which stands for “blacks, Asians, and other ethnic minorities” should no longer be used, deeming the differences between these groups as important as their similarities.