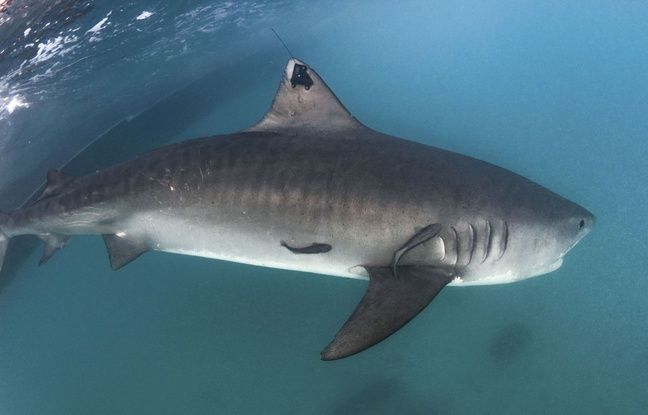 The systematic use of electronic devices to repel sharks could prevent more than 1,000 injuries over the next 50 years in Australian waters, according to a study published on Wednesday in the newspaper Royal Society Open Science.

Marine biologists have studied shark attacks in Australia over the past 120 years. On this basis, they estimated that 1,063 people by 2066 would be injured that could be avoided if surfers, swimmers and other users of the sea wore anti-shark devices.

Much of the attacks in the United States

While shark attacks remain exceptional, they were particularly numerous – 22 – in 2020 in Australia and killed seven people, the Taronga Conservation Society recently reported. The island continent was the country with the most attacks last year, according to global data from the shark research program of the Florida Museum of Natural History.

Of all attacks in general, around 15% of victims die. Usually, just over half of attacks occur in the United States. The other areas are the shores of Australia, South Africa, Brazil, the French island of Reunion.

A device that could also protect sharks

Reducing attacks would also reduce the pressure on sharks, some species of which are threatened by human activities. The great white shark is thus classified as vulnerable on the red list of the International Union for the Conservation of Nature (IUCN).

“If a smaller number of people have negative incidents with sharks, the motives for killing ‘problematic’ sharks, whether directly through hunting, beach nets or lines to trap them could decrease,” said Corey Bradshaw, professor at Flinders University in Adelaide.

“The club icon”, “it was Marseille”, the Olympique de Marseille and its supporters pay tribute to René Malleville

Can the “radicalism” of Sandrine Rousseau sweep Yannick Jadot to the environmentalist primary?