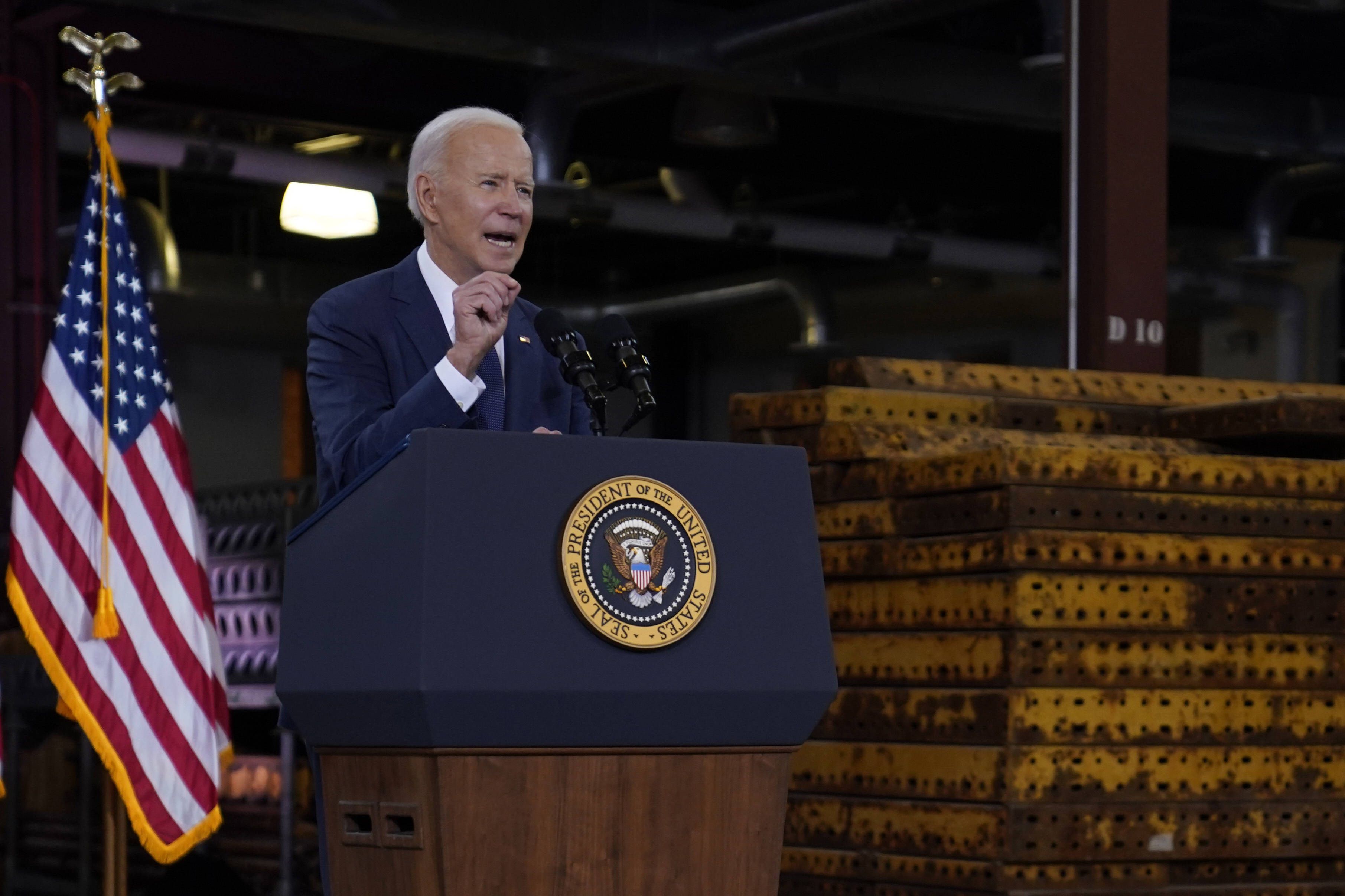 For Democrat Alexandria Ocasio-Cortez, the project is not ambitious enough. For the boss of the Republicans in the Senate, no question of increasing corporate taxes to finance it. True to form, Joe Biden unveiled a compromise on Wednesday. The US president on Wednesday proposed investing some $ 2,000 billion in infrastructure, with the stated goal of creating millions of jobs, standing up to China and fighting climate change.

“It’s ambitious! It’s daring! And we can do it! », Launched the president, anxious since his arrival in power less than three months ago to demonstrate his reformist will. “This will create the most resilient, strongest and most innovative economy in the world,” he added, stressing the need to “win” against China. “These are investments that we cannot not make,” he added from Pittsburgh, Pa., Where he launched his campaign to conquer the White House two years ago.

The American Jobs Plan will create millions of good paying jobs, grow our economy, make us more competitive, promote our national security interests, and put us in a position to win the global competition with China. pic.twitter.com/yaVX6MDB3M

Funded by a corporate tax hike

The first phase of its “Build Back Better” program involves investments that would be spread over eight years and financed by a corporate tax increase from 21% to 28%. “It is not a question of penalizing anyone”, explained Joe Biden, hammering “to believe in American capitalism” and to have “nothing” against the millionaires and the billionaires. “I am open to other ideas,” he assured, while reaffirming that he did not want the lowest incomes to be used.

His plan includes injecting $ 620 billion into transportation, modernizing more than 20,000 miles of roads and highways, and repairing some 10,000 bridges across the United States.

This new legislative offensive comes shortly after the adoption by Congress of a recovery plan focused on the Covid-19 pandemic, also estimated at nearly 2,000 billion dollars.

But this Pittsburgh speech is only the beginning of a bitter battle in Congress, the outcome of which is uncertain. The Democratic majority there is indeed narrow and the negotiations promise to be formidable.

The left wing not satisfied

Already, the first dissonant voices have come from the left wing of the Democratic Party.

For the elected New York Alexandria Ocasio-Cortez, the sums proposed are simply “insufficient”. “The envelope must be much larger,” tweeted the one defending a Green New Deal for the climate.

For the Republican senator of Wyoming John Barrasso, on the other hand, this project is only a “Trojan horse” to allow the Democrats “to spend more and to raise the taxes”. The only certainty: the coming months will test the negotiating qualities of the Democratic president, a fine connoisseur of the workings of Washington.

The plan plans to amplify “the revolution of electric vehicles” with, for example, the switch to electricity for 20% of the famous yellow school buses. It also aims to make new infrastructures more resistant to changes linked to climate change.

Restore or build roads, bridges, railways, ports and airports? The idea is of course meaningful to the general public, especially since many infrastructures in the United States date from the 1950s and their dilapidation is not up for debate.

The failure of Trump and Obama

But building a political consensus is no easy task. Joe Biden’s two predecessors, Donald Trump and Barack Obama, had also made great promises on this subject. They have remained a dead letter.

Former rival of Joe Biden in the Democratic primaries and now Minister of Transport, Pete Buttigieg, who will be on the front line on this issue, ensures that everything will be different this time, that the stars are aligned. “I think we have an extraordinary opportunity to have the support of both parties to think big and be daring on infrastructure,” insists the young minister.

“Americans don’t need to be explained to them that we need to act on infrastructure, and the reality is you can’t separate the climate dimension” from this challenge. If Pete Buttigieg’s enthusiasm and political capital are real, the task promises to be daunting.

Tellingly, the American Chamber of Commerce, which had so far welcomed many of Joe Biden’s decisions, from the return to the Paris climate agreement to the rescue plan for the economy, expressed its clear disagreement on Wednesday. If she approves the desire to make infrastructure a priority, she believes that the Democratic president is “dangerously” wrong on the way to finance his program.

In an aggressive and straightforward statement, Donald Trump accused his successor of proposing a strategy of “total economic capitulation”. Denouncing a “monstrosity”, he estimated that the increase in the corporate tax would be “a huge gift” to China. “Joe Biden’s cruel attack on the American dream must never become law (…). Our economy will be destroyed! “, He concluded, taking up a formula regularly used in campaign when evoking the possible victory of his adversary.

Hello and welcome here the 20 Minutos! What...