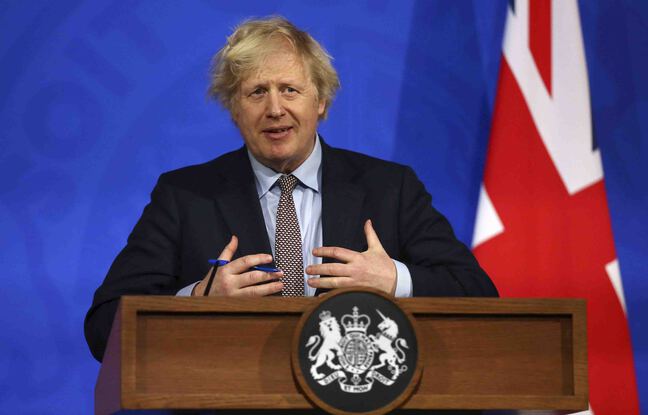 After confinement and vaccination… the health passport. While the United Kingdom has started to gradually lift strict restrictions in place for long months, on the strength of the success of its vaccination campaign, the government said this Sunday to plan to test a health passport system in England from mid-April. to allow the resumption of activities severely affected by the pandemic.

This project will be detailed on Monday by Prime Minister Boris Johnson, who will also announce new rules for holidays abroad, banned until at least May 17. “We are doing everything possible to allow the reopening of our country (…) in the safest way possible,” the conservative leader said in a statement.

Nine pilot tests will be launched from mid-April

Thus, a “certification of Covid status”, indicating that a person has been vaccinated, that they are negative for the coronavirus or that they have antibodies, will be developed “in the coming months” to allow mass gatherings. . It will not be required in public transport and essential shops, or in pubs when they reopen.

Nine pilot tests will be launched from mid-April, notably for the semi-final and then the final of the FA Cup at Wembley Stadium, during a nightclub party and a conference in Liverpool.

The public health service is working on a way to show status via an app or in paper format, according to Downing Street. This health passport project was greeted with hostility by more than 70 British MPs from across the political spectrum, who deemed it “discriminatory”.

Many countries are considering the implementation of a health passport and some have already launched it. The EU presented in March a draft certificate, demanded by countries very dependent on tourism such as Greece, aimed at facilitating travel on its territory in view of the summer season.

Regarding travel abroad, the British government is planning a traffic light system to classify countries according to the degree of progress of their vaccination campaign, their rate of contamination or the presence of variants. Green destinations will be exempt from quarantine on return, unlike orange and red countries. The list of countries has not yet been established.

More than 31.4 million people have already received a first dose of the anti-Covid vaccine and 5.2 million have been fully vaccinated in the United Kingdom, the most bereaved country in Europe with nearly 127,000 dead.

Lille is far from having solved all its problems