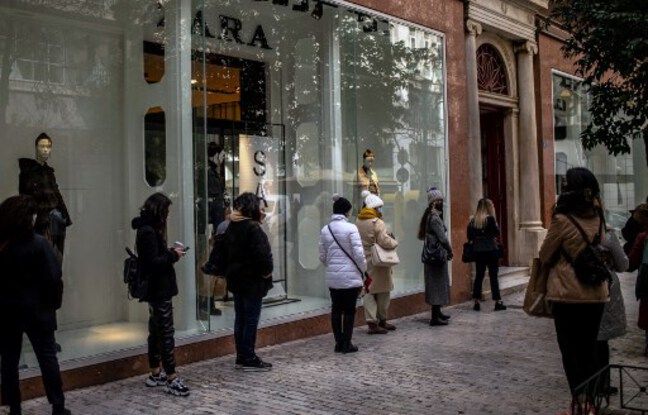 Greece allowed most stores to reopen on Monday, despite still worrying figures for the Covid-19 epidemic.

Explaining that it was necessary to allow the inhabitants to “decompress”, the government also hopes to revive a little the economy which suffers greatly from the reduction in tourism.

You will need to make an appointment

However, people wishing to visit the stores will have to make an appointment, and the number of people who can be in a store at the same time is limited, up to 20 people for the most important.

However, this measure does not apply to department stores and shopping centers. And it does not apply to the two largest cities in the country after Athens, Thessaloniki and Patras, where the infection is particularly virulent.

Greece has recorded since the start of the epidemic 275,000 cases of coronavirus, which have caused 8,300 deaths, including nearly 150 for this weekend alone.

Farm supporter of the vaccine passport

A firm supporter of the vaccine passport, Greece hopes to revive tourism from mid-May, which usually represents a large part of its income. The country plans to spend 11.6 billion euros this year to mitigate the effects of the pandemic, after 24 billion last year.

Candidate declared for the acquisition of the club, the Cambodian prince Norodom Ravichak wants to “promote Ligue 1 in Asia”