The ECHR rejects the appeal of BTS students for continuous assessment 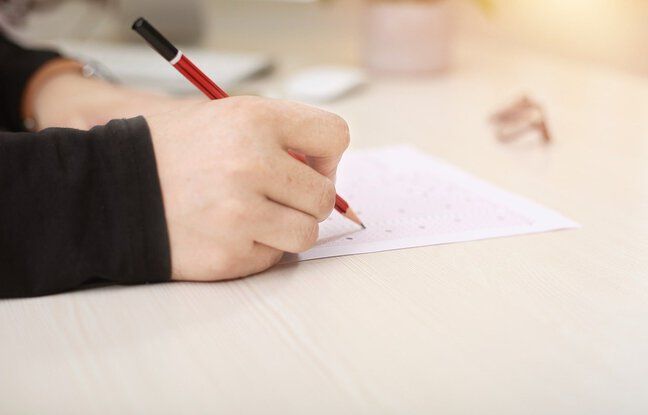 The appeal of BTS students who demanded the cancellation of their exams in favor of continuous assessment was rejected by the European Court of Human Rights (ECHR) on Tuesday, we learned from their lawyer.

Believing that the health situation does not allow them to take their BTS exams in good conditions, these students asked the ECHR to suspend the holding of these face-to-face exams which start on May 10 for the most part.

In its decision, the ECHR explains that it decided “not to indicate to the French government, by virtue of article 39” of its regulations, “the provisional measure” requested. “Consequently, the Court will not take the requested measure”, it is written. “We are disappointed because we have the feeling of a form of powerlessness of our jurisdictions, which do not promote debate,” responded Mr. Vincent Brengarth, who represents 15 students in BTS. According to him, “it is incomprehensible to want to pass a face-to-face examination at any cost which will, as we know, be devalued”.

For several weeks, the 180,000 students in BTS, represented in particular by a collective “BTS in distress”, put pressure on the government so that the rules of the game of their exams are completely revised. At the end of last week, the Council of State had approved the conduct of face-to-face exams for these BTS students, the summary judge stressing that specific means are in place to comply with health rules and that a remedial session will be scheduled for July.

A remedial session for positive students

In mid-April, the government took a step towards BTS candidates who will not be able to validate their diploma this year due to the health crisis, granting them the opportunity to attend a remedial session exceptionally. Concretely, the candidates who will not be able to attend a test, in particular because they are positive for Covid-19, will have zero in the test but will still be able, if necessary, to validate their diploma thanks to the catch-up, had specified the ministry of Higher Education.

The higher technician’s certificate (BTS) is prepared in two years after the baccalaureate. Last year, confinement requires, the final tests of the second years were canceled in favor of continuous testing. But this year, despite the epidemic, the Minister of Education Jean-Michel Blanquer said he wanted to maintain them.

The singer Harry Styles will arrive in Lima in the coming days to offer a long-awaited concert at...

The finalist of the last draw, Croatia, remains alive in this 2022 World Cup. In danger after the first...

Since Saturday afternoon thousands of people from different states of Mexico arrived in Mexico City to participate in the...

Will you leave Europe after the end of the season? Lionel Messi ends his contract with PSG at...

Some kind of clumsiness, but an offensive festival at the end. Racing 92 thrashed ASM Clermont Auvergne (46-12)...

America's chief epidemiologist, Anthony Fauciconsidered this Sunday that the strategy of the chinese government against him COVID-19 ...

Since Saturday afternoon thousands of people from different states...
World

America's chief epidemiologist, Anthony Fauciconsidered this Sunday that the...
World

“The problem with climate change summits”, by Farid Kahhat

The cannon shots of the forces russian hit...