The therapeutic legalization of cannabis approved by the deputies 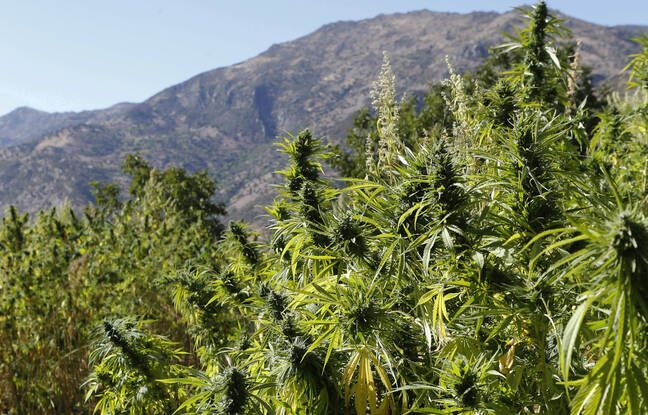 The symbol is strong coming from a country considered to be the largest producer of hashish in the world. Moroccan deputies adopted the bill on Wednesday authorizing the therapeutic use of cannabis. The aim is to “convert illicit crops that destroy the environment into sustainable legal activities that generate value and jobs”, according to the text, which still needs to be approved by the second chamber of Parliament before being ratified.

The bill on “the legal uses of cannabis, medical, cosmetic and industrial”, was approved by the House of Representatives with 119 votes for and 48 against. On the other hand, recreational use remains prohibited and liable to prosecution. The deputies of the Justice and Development Party (PJD), at the head of the government coalition, were the only ones to vote against the text presented by the executive, denouncing “haste” and risk of “exploitation during electoral campaigns” for the regional ones in September and the legislative ones in early October.

A turnover in Europe of nearly 10.8 billion euros

Morocco is ranked the world’s largest producer of cannabis resin, according to the 2020 annual report of the United Nations Office on Drugs and Crime. The figures recently revealed in Rabat show “55,000 hectares cultivated in 2019”, mainly in the North, with annual revenues which have risen from around 500 million euros in the early 2000s to nearly 325 million euros in 2020, and a “consolidated turnover in Europe” of nearly 10.8 billion euros. A study published in 2020 by the independent network “Global Initiative against Transnational Organized Crime” estimated Morocco’s production at over 700 tonnes per year, for a total value of around 19 billion euros.

The kingdom is counting on the “sustained development” of the global medical cannabis market, with forecasts of average annual growth of around 60% in Europe, its “target market”. Annual farm receipts are estimated to range from $ 420 million to up to $ 630 million by 2028.

Traditionally cultivated for centuries in the mountainous region of the Rif, authorized under the French protectorate, banned in 1954 but tolerated since, the “kif” currently supports 400,000 people, or 60,000 families, according to official figures. Until now, the small farmers of the North touched, according to the MAP agency, “4% of the final turnover in the illegal circuit” against potentially “12% in the legal market”.

One in two young people think series helps fight stereotypes, according to our survey