Japan and Australia ask their population to turn off the light

Can you turn off the light for several hours a day? This has been requested by the governments of Japan Y Australia to its citizens.

LOOK: Attacks on civilians and a Zelensky who does not want to negotiate: where is the war in Ukraine going?

Japan urged people living in and around the capital Tokyo to use less electricity, and specifically that they turn off unnecessary lights for three hours starting at 3 in the afternoon.

Meanwhile, in Australia, residents of New South Wales – a state that includes the country’s largest city, Sydney – have been told they should not use electricity between 6 p.m. and 8 p.m.

Both countries are facing extreme weather conditions these days.

Over the weekend, the temperature in central Tokyo exceeded 35°C, while the city of Isesaki, northwest of the capital, recorded a record high of 40.2°C, the highest temperature ever recorded in June. for Japan.

In the case of Australia, the cold wave has caused temperatures to drop “between 6 and 10 degrees below normal,” Sarah Scully, an expert at the Australian Bureau of Meteorology, said on her Twitter account.

Behind the request to reduce consumption before this wave of heat and cold respectively, there is the same problem: power shortage.

Japan’s government estimates that the country’s energy supplies will shrink as the hotter days pass. Although the warning has grown louder these days, authorities have warned for weeks of an energy crisis as temperatures rise.

The Ministry of Economy, Commerce and Industry requested that unnecessary lights will be turned offbut that they could “use the air conditioning properly and hydrate during the hot hours” to avoid possible dizziness.

Last Sunday, the ministry warned that it expected electricity generation capacity to fall and, therefore, the ability to maintain stable supply.

In Australia, coal supply shortages have prompted authorities to call for energy consumption to be lowered.

Although electricity providers are working to increase supply, the ministry said the situation was “unpredictable” as temperatures rise.

“If there is a surge in demand and sudden supply problems, the reserve margin will fall below the required minimum of 3%,” he said.

Chris Bowen, Australia’s energy minister, has said that people should not use electricity in the evening time range if “they have that possibility” and has called on people to conserve as much energy as possible.

Despite the restrictive measures, he said he was “convinced” that blackouts could be avoided.

Japan’s power supply has been tight since an earthquake in its northeastern region last March forced some nuclear power plants to shut down. suspend its operations.

In the case of Australia, we are talking about one of the largest exporters of coal and liquefied natural gas in the world. Three quarters of the country’s electricity is still generated from coal. 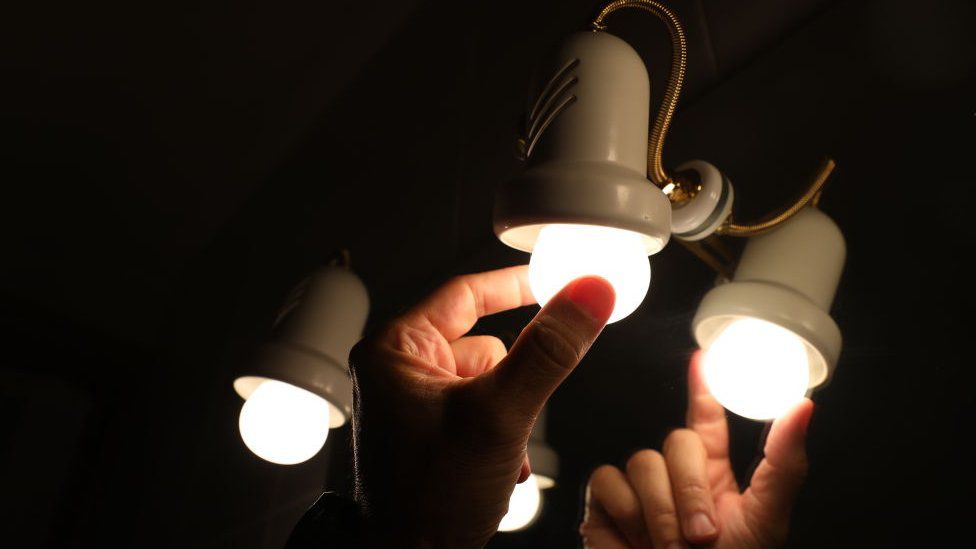 Electricity bill prices have risen all over the world.

In the last weeks, Australia has been hit by supply disruptions.

On the one hand, at the beginning of the year the floods affected some coal mines. On the other hand, around a quarter of Australia’s coal-fired electricity generation capacity is currently out of service due to unexpected outages and scheduled maintenance.

Whether due to the need to put the air conditioning or heating, in both countries The demand for electricity has increased.

And, at the same time, the price. And this is one global trend.

Already during the past year, Europe was registering an increase in electricity. In September, prices reached record levels for several weeks.

In Spain did not ask citizens to turn off the lights at certain timesbut there was a measure that, without a doubt, has moved the population to change their consumption habits.

As of June 2021, a price map was created where a distinction is made between peak, flat and valley hours. Thus, the hours where it is cheaper to put a washing machine is between 12 at night and 8 in the morning and, the most expensive time slot, from 10 a.m. to 2 p.m. and between 6 p.m. and 10 p.m.

At that time, there was already low energy reserves and a scenario where demand was rising but supply was not keeping up.

Added to this was the crisis in raw materials, promoted by a drop in inventory after the reopening of the economy as restrictions due to the pandemic eased.

The final touch (for now) to this cycle of shortages and rising prices came in February, with Russia’s invasion of Ukraine.

Some power producers have seen costs soar as global coal and gas prices rise due to sanctions imposed on Russia.

Share
Facebook
Twitter
Pinterest
WhatsApp
Previous article
Health authorities call for vigilance on turmeric supplements
Next article
Tragedy in San Antonio: Overcrowded trucks and other dangerous methods migrants use to cross into the US

kim jong un He appeared again in public with his daughter in a photo session published today by...

the chinese brand Xiaomi has announced that three of its models will not receive any further updates. ...

The runner-up woke up: Croatia, the spoilsport for a Canada that plays well but doesn’t win

Those attending the meeting between Croatia Y Canada They hadn't finished getting settled in the stands of...

Shock for Racing, Bobigny hit… It was your football weekend in Ile de France.

During the World Cup semi-professional and amateur football continues. Like last season, Le Parisien invites you to analyze...

Different acts of vandalism were unleashed this Sunday in Brussels after the victory of Morocco against Belgium...

Yassine Bounou or, better known as Bono, became a trend during Morocco's 2-0 win over Belgium for the 2022...

Different acts of vandalism were unleashed this Sunday in...
World

An hour's drive north of San Francisco, rows of...
World

The runner-up woke up: Croatia, the spoilsport for a Canada that plays well but doesn’t win