The dramatic discovery of 46 people dead and another 16 dying, including children, inside the trailer of a truck in Texas this Monday shocked the United States.

Among those transferred to hospitals, 5 more died, which brings the figure to 51 dead in total, 39 men and 12 women.

It is to date the deadliest case of human trafficking in recent US history., and also affects several nations since at least 27 of the deceased were Mexicans, seven Guatemalans and two Hondurans.

And the fact that 62 people were crowded together, without any control over the steel door of the vehicle, without ventilation, cooling or windows, in addition to without water and at almost 40ºC of temperatureproves the desperation of migrants who try to get to the US in any way possible.

According to reports, the survivors they were “hot to the touch” and suffered from heatstroke and heat exhaustion.

There are many details of the tragedy that are not yet known and there are more questions than answers, but little by little the authorities in charge of the investigation have published information about the victims.

Baxer County District 1 Commissioner Rebecca Clay-Flores said Tuesday that 34 of the deceased have already been identified.

And the last update that same afternoon indicated that of the 16 rescued alive, five died in the health centers where they were treated.

According to the newspaper The Texas Tribune, at least five of the 62 trafficked passengers were minors. Testimonies collected by journalists at the scene of the tragedy indicate that most of them are teenagers.

Among the dead there two girls from Guatemala, Griselda and Carla, according to a tweet from the Reveal reporter Aura Bogado, who assured that the father of the minors confirmed their deaths.

The father of two indigenous girls from Guatemala has confirmed their deaths in that trailer. These are the faces of the consequences of US immigration policy.

San Antonio University Hospital said on Twitter Tuesday that among the patients they are treating are a 23-year-old woman “in serious condition” and a teenager “in critical condition”.

Vista Medical System reported that it is treating a 26-year-old woman and a 32-year-old man, both in critical but stable condition.

And a spokesman for the Baptist Health System hospital network confirmed that two of the rescued people died Tuesday and three others were in critical condition.

The White House called the truck deaths “Horrifying and heartbreaking.”

US authorities said three people “believed to be part of the smuggling conspiracy” have been arrested.

According to information obtained by the newspaper The New York Times, the police arrested the truck driver with a trailer in a nearby field after he fled on foot and is now in federal custody.

In addition, The Texas Tribune, a local media outlet, reported that the police in San Antonio carried out at least one search and arrested two undocumented persons in connection with the case. 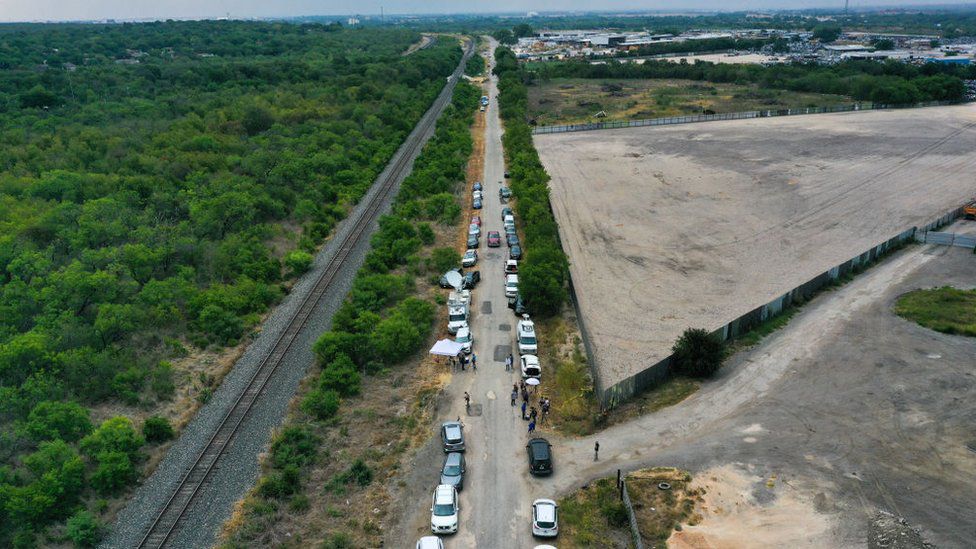 Location where the truck was found. (GETTY IMAGES).

The truck, a recurring traffic method

Large trucks emerged as a method of smuggling in the face of heightened surveillance at US borders.

Trucks packed with men, women and children are the recurrent vehicles of the traffickers -colloquially called “coyotes” or “polleros”- due to the probability of not being detected.

The border between Mexico and the US is very long and adjoins the states of California, Arizona, New Mexico and Texas.

Freight traffic is massive and the probability that trucks are inspected is very low.

But the risk to which people who are victims of trafficking are exposed is high and they must submit to cruel conditions.

LOOK: Who is responsible for the Texas truck tragedy that killed 50 migrants? 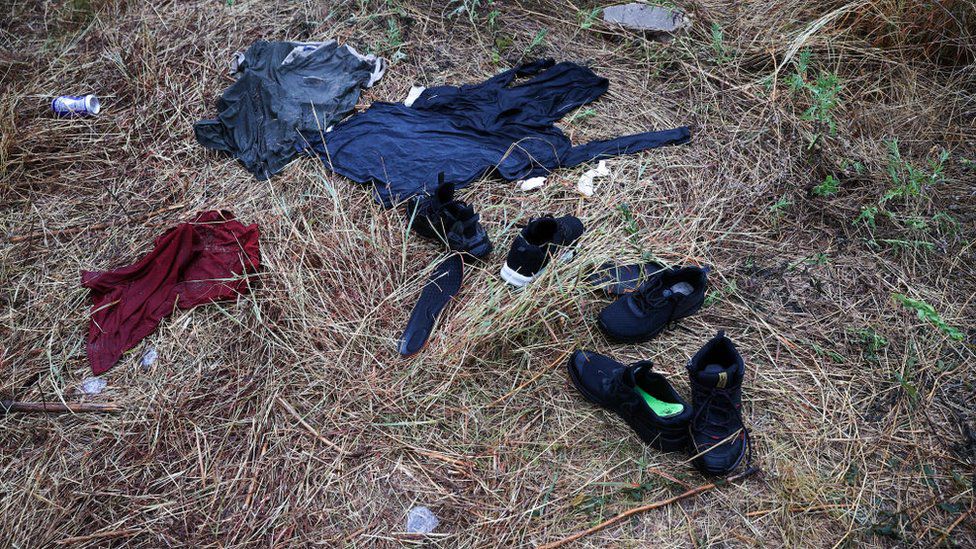 
The Texas Tribune reported Tuesday that “many” of the victims of the San Antonio tragedy appear to have been sprinkled with steak seasoning in what seemed like an attempt to hide the smell of humans during transport.

Prior to Monday, the worst smuggling-related mass death in recent Texas history was in 2003, when 19 people died after being trapped in a dairy truck without refrigeration for hundreds of kilometers.

I, Ronald Payne, am a journalist and author who dedicated his life to telling the stories that need to be said. I have over 7 years of experience as a reporter and editor, covering everything from politics to business to crime.

Share
Facebook
Twitter
Pinterest
WhatsApp
Previous article
Nelson Piquet defends himself after rejection for controversial comment to refer to Lewis Hamilton
Next article
Women in the street and in history: Visual artist Ana de Orbegoso celebrates the power of the feminine in her anthological exhibition

The find made by archaeologists in Egypt was surprising: a mummified body covered in gold, inside a sealed sarcophagus...

Prime Gaming: how to download the Peruvian video game ‘Tunche’ for free forever

Released in November 2021 by Leap Game Studios, 'Tunche' is a videogame Peruvian that is inspired by the...

Diego Elías makes history in the Tournament of Champions: What does it mean for a South American to win this tournament that has been...

Diego Elías is called the 'Puma' and the Peruvian squash player has pulled out his claws to win the...

Today’s horoscope, Friday, January 27, 2023: This is what the predictions say for your zodiac sign

The American President, Joe Bidenconveyed his condolences this Thursday to the family of a young black man who died...

The city Brazilian of Santa María, in the south of the country, recalled this Thursday the tragic fire in...

The find made by archaeologists in Egypt was surprising:...
World

The American President, Joe Bidenconveyed his condolences this Thursday...
World

The city Brazilian of Santa María, in the south...
World

The revealing details of the autopsy of DJ Valentina Trespalacios

EL TIEMPO learned the complete report of the DJ's...

Prime Gaming: how to download the Peruvian video game ‘Tunche’ for free forever

Diego Elías makes history in the Tournament of Champions: What does it mean for a South American to win this tournament that has been...