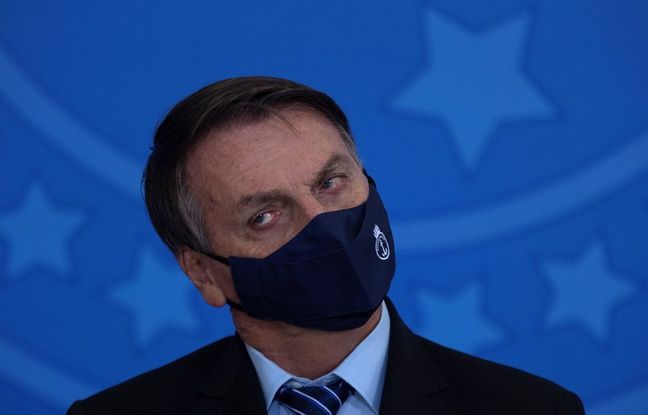 Hospitalized since Wednesday in Sao Paulo for an intestinal obstruction, Brazilian President Jair Bolsonaro could be released this Sunday, said the doctor who treats him this Saturday.

“The forecast is that tomorrow (Sunday) he has to go out,” Dr Antonio Macedo, the surgeon at the head of the team of doctors who treated the Brazilian president at the Vila Nova Star private hospital, told reporters. Sao Paulo.

“Today (Saturday) he had a cream-based diet without fermentation. If he digests it well, then the medical team will be able to decide on his discharge in the coming days, ”said the health report of Jair Bolsonaro, 66 years old.

“I’m fine thank God,” Jair Bolsonaro said in a video conference, saying he was anxious to “get back to work”. Since being stabbed in the intestine in September 2018, while campaigning for the presidential election, Jair Bolsonaro has undergone six surgeries, including five on the digestive system.

“Intubated as a precaution”

He was urgently admitted overnight from Tuesday to Wednesday at the Armed Forces Hospital in Brasilia due to severe abdominal pain and an attack of hiccups that had persisted for more than ten days. The far-right leader was then placed in an intensive care unit and “intubated as a precaution”, one of his sons, Senator Flavio Bolsonaro, had indicated on the radio.

Once the diagnosis of intestinal obstruction was made, the Brazilian president was transferred to the private hospital Vila Nova Star in Sao Paulo. This new hospitalization comes amid a political crisis and erosion of the popularity of the Brazilian president, in the face of allegations of corruption in the contracts negotiated by his government to deal with the pandemic, which has already claimed nearly 540,000 lives in the country.