The fire at Cap de Creus is under control 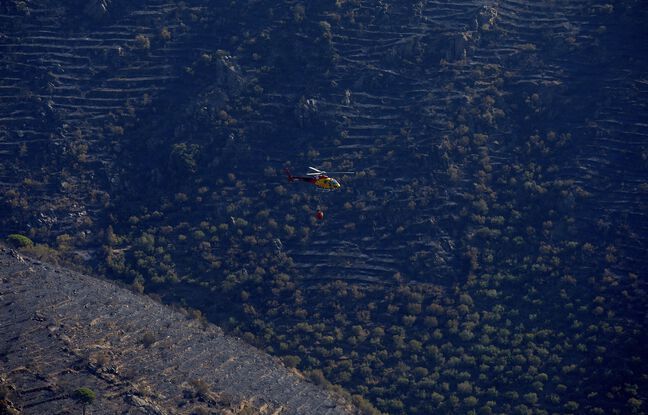 Fire soldiers can blow. In Spain, the fire in Cap de Creus is now “under control”, announced Sunday evening the firefighters of Catalonia. But the ecological toll is heavy: the flames have devastated since Friday more than 400 hectares of forest in this natural park on the Catalan coast, near the Franco-Spanish border.

Fifteen firefighters will continue to monitor the situation overnight from Sunday to Monday, while the fire mobilized up to 200 on Saturday. In total, more than 415 hectares have gone up in smoke, the vast majority of forest areas located in the Cap de Creus Natural Park, which borders the Mediterranean.

“The risk of fires remains very high (in Catalonia), in particular in the vicinity of Girona and Barcelona”, warned the firefighters. About 350 people had to be evacuated Saturday in the neighboring towns, as well as a hundred residents of a local campsite.

The fire broke out on Friday morning in the town of Llança, about twenty kilometers from the French border, probably because of a cigarette butt, according to the Catalan authorities. Due to its hot and dry climate, Spain is regularly hit in summer by large forest fires which, according to experts, threaten to become more frequent and more violent due to global warming.

Trade unionist, politician, columnist and father … The other lives of René Malleville

a bus of Bordeaux supporters attacked in Montpellier, 16 injured