Thirteen people die in explosion attempting to siphon off tanker 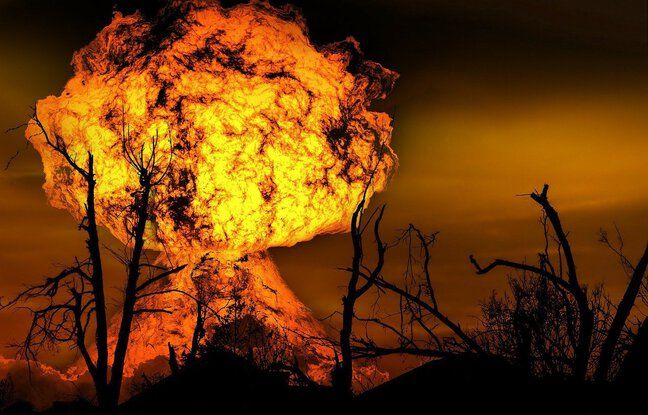 Thirteen people were killed and 24 injured after being caught in a “huge fireball” when a crashed tanker truck they were siphoning off in western Kenya, a. the police announced on Sunday. “We counted twelve corpses on the spot. Another person died in hospital from his injuries, ”said Charles Chacha, a police official in Siaya County, where the explosion took place late on Saturday.

The toll could grow heavier

The victims had rushed with jerry cans to siphon gasoline from the tanker. It had overturned after a collision with another vehicle, near Malanga, 315 kilometers northwest of Nairobi, on a busy road connecting Kisumu and the Ugandan border. “It exploded while they were recovering the leaking gasoline,” said Charles Chacha.

“Twenty-four people have been hospitalized,” he added, suggesting that the toll could increase, several people having been missing. The first to arrive on site were able to fill their jerry cans and leave with them. But when a second wave of residents also wanted to take advantage of the windfall, the truck exploded.

“We were awakened by a muffled and powerful explosion. I went to look and saw a huge fireball that had overwhelmed the crowd. People were screaming, ”said a resident, Jack Odhiambo. Wycliffe Otieno had just started filling his can when the slick of fuel leaking from the truck ignited. “I was lucky to be able to run and take shelter … But I was told that several of those who were with me did not survive,” he said on his hospital bed. .

In 2009, near Molo (150 kilometers northwest of Nairobi), 122 people were killed in a gasoline truck explosion as they gathered around a crashed vehicle to collect fuel. fuel.

“It is not even a contentious penalty, it is an aberration”, Jean-Michel Aulas reassembled on the action of Neymar