Brit boast of being naked and without a mask, she gets kicked out 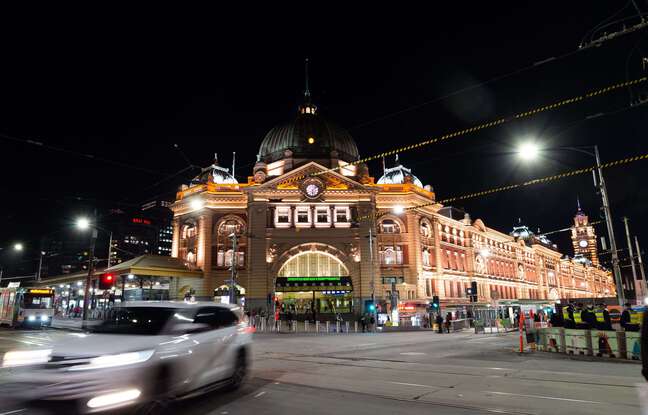 Australia has canceled the visa of British columnist Katie Hopkins, accustomed to violent controversies: she boasted of having dodged the very strict quarantine rules in force on the island-continent, said Monday the Australian Home Secretary. According to local media, Katie Hopkins arrived in Sydney to take part in a reality TV show. She posted a video on Instagram claiming to open the door to her hotel room naked and unmasked to staff delivering her meals.

However, most people arriving in Australia must respect a period of isolation of fourteen days in a hotel, as part of strict measures to combat the spread of Covid-19. Home Secretary Karen Andrews explained that border police “acted quickly to ensure that the visa through which (Katie Hopkins) was able to enter was canceled” after the video was released. “We are going to get it out of the country as soon as we can organize it,” she said on public broadcaster ABC. “He’s clearly someone we don’t want to keep in this country a minute longer than necessary.”

“A snub for all Australians”

The British columnist has sparked controversy by making comments seen as racist, anti-Islam and anti-migrant and she regularly criticizes anti-coronavirus restrictions, especially lockdowns. According to the minister, she had obtained a visa thanks to the support of the government of an Australian state on the grounds that her visit could represent an economic benefit for the country. “The fact that she’s bragging about breaking quarantine is appalling,” said Karen Andrews. “This is a snub to all Australians who are currently in confinement and it is simply unacceptable behavior. So, personally, I am extremely delighted that she is leaving ”.

Some twelve million people are living under confinement in Australia (31,771 cases, including 913 dead) in an attempt to prevent the spread of the highly contagious Delta variant of the coronavirus. The number of people allowed to enter the country is also extremely limited, blocking tens of thousands of Australians abroad.

Share
Facebook
Twitter
Pinterest
WhatsApp
Previous articleIn a Burger King, the manager and all the employees quit at the same time
Next articleHow to file a complaint when you are the victim of a financial scam?

The dazzling development of Eurofins, the small Nantes laboratory that has become a CAC 40 company