India’s death toll could be 10 times the official toll 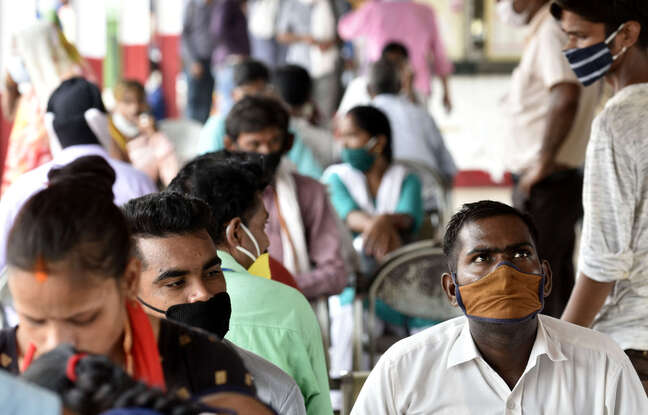 The most affected country in the world? The number of people dead in India from Covid-19 could be ten times higher than the official death toll which is currently close to 415,000 deaths, estimates a US study on Tuesday, which would make the pandemic the worst humanitarian tragedy in India since its independence.

Experts on the Indian situation have long warned that the toll is grossly undervalued in this country of 1.3 billion people. But the Center for Global Development’s estimate is the highest ever. It takes into account the dramatic epidemic outbreak that occurred in April and May in India due to the highly contagious Delta variant.

The study, which runs from the start of the epidemic last year to June of this year, suggests that between 3.4 and 4.7 million people have succumbed to the coronavirus in that interval. “The real death toll is probably in the millions, not the hundreds of thousands, making it the worst human tragedy in India since partition and independence,” the researchers say.

After the partition between predominantly Hindu India and predominantly Muslim Pakistan in 1947, sectarian violence left hundreds of thousands of people dead. Some even put forward a death toll of two million. Officially, India has recorded just over 414,000 deaths from Covid-19, which is the third highest death toll in the world after those of the United States (609,000) and Brazil (542,000). Experts do not blame the undervaluation of India’s official record on a deliberate cover-up, but on the failings of the local health system. Several Indian states have also revised their balance sheets upwards in recent weeks.

The Center for Global Development study is based on the estimate of “excess mortality,” which is the comparison between the current number of deaths and those prior to the pandemic. The authors – including Arvind Subramanian, former chief economic adviser to the Indian government, but also a Harvard expert – have proceeded in particular by analyzing the death register of certain states and official national studies. They recognize that estimating mortality is always a complicated exercise.

But “all estimates suggest that the death toll from the pandemic is likely much higher than the official tally,” they say. Christophe Guilmoto, a demographer at the Development Research Institute, recently estimated in a study that the death toll was closer to 2.2 million at the end of May. He observed that the death rate (per million population) in India was less than half the world average.

“Such a low figure is in apparent contradiction to the severity of the crisis that has hit most Indian families in the country, which has been illustrated by a dramatic shortage of vaccines, Covid-19 tests, ambulances, in access to medical personnel, hospital beds, oxygen, ventilators, medicines, and finally coffins, wood, priests, places of cremation or burial as has been widely reported by Indian and international media, ”he wrote. His team concluded that the official toll probably only took into account one in seven deaths.