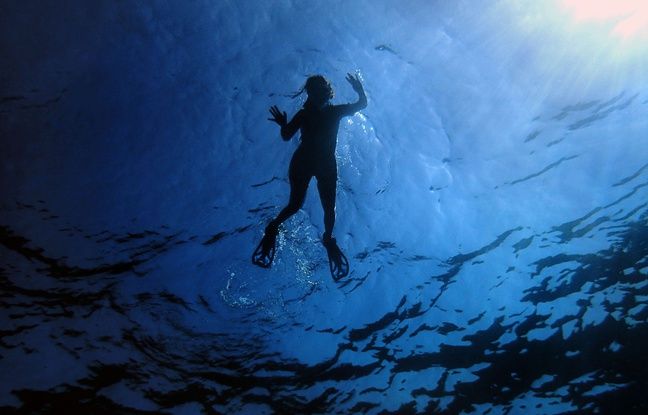 Archaeologists have discovered the remains of a military ship and a funeral complex in Heraklion (Thônis in ancient Egyptian), an ancient Egyptian city immersed in the Mediterranean, the Egyptian Ministry of Antiquities announced on Monday. The discovery was made during underwater excavations in the place which was one of the main ports of the country, located at the mouth of the Nile until Alexander the Great founded the city of Alexandria in 331 BC. Our era. The city, discovered in 2001, was submerged after a series of earthquakes and high tides.

“A Franco-Egyptian mission (…) found the remains of a military ship from the Ptolemaic era and the remains of a Greek funeral complex dating from the fourth century BC”, indicated the Egyptian ministry of Antiques in a press release. This flat-bottomed vessel, with wide oars, a mast and sails, was 25 meters long and was used for navigation in the Nile Delta, according to the first deductions by archaeologists.

According to them, the vessel was to moor at the quay of the ancient temple of Amun and must have sunk after the building collapsed in an earthquake in the second century BC “The finds of ships from this period are extremely rare », Estimates Franck Goddio, of the European Institute of Underwater Archeology, who led the mission.

Researchers have also discovered a burial complex showing the presence of Greek merchants in the region during the Late Period of ancient Egypt. According to the ministry, the Greeks then dominated this region and built funerary temples there. Remains of these temples were discovered underwater “in excellent condition”, he adds. These latest discoveries “show the richness of the temples in this city which now rests in the Mediterranean Sea”, notes the ministry.

The Egyptian authorities regularly announce archaeological discoveries, sometimes without waiting for the conclusions of the experts responsible for the necessary scientific analyzes and putting into perspective, according to specialists. Cairo has announced several important archaeological finds in recent months with the hope of reviving tourism, a sector that has faced great difficulties since the 2011 revolution that ousted former President Hosni Mubarak from power until the pandemic of coronavirus today.

A local health pass under consideration by the government, a sensible measure or a risky bet?